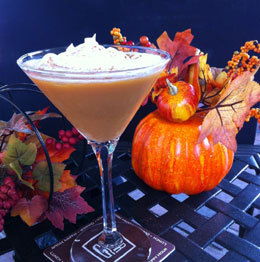 District 611 will open on Saturday, Nov. 10, headed by three Stephen Starr veterans: co-owners Brian Baglin and Catherine Piotrowski and executive chef David Perini. The Riverton BYOB restaurant will serve up a mix of New American dishes that utilize a large wood-burning oven, in an atmosphere that includes walls of restored barn wood and mounted containers of fresh herbs.

An Arkansas-based barbecue chain will open its first north-east coast restaurant right in Cherry Hill. Whole Hog CafÃ©, scheduled to open in February of 2013, will occupy a 5,800 square foot space along Route 70 West. South Jersey should prepare for platters of barbecue pork, chicken and beef and plenty of sides.

The American Table, a toy store for foodies, opened on Haddon Avenue in Collingswood last month. Shoppers can find kitchen gadgets, cookbooks, supplies for entertaining and hand-made home goods like table linens and decorative serving dishes. Owner Cyndi Cippilli lives in Collingswood and has stocked the store with American-made goods.

Caffe Aldo Lamberti recently embarked on a new environmentally conscious campaign, earmarking the majority of its trash to be recycled into usable compost. The restaurant is working with Organic Diversion, a food waste recycling company from Marlton, to divert the compost to local parks, farms and vegetable gardens.

Moorestownâs 16-year-old Passarielloâs is getting a makeover. The Main Street pizzeria had the 112-year-old building redesigned to modernize and expand, increasing both seating and cooking capacity. Theyâll also be adding a new catering kitchen and display area to let customers see behind-the-scenes of fresh dough production.

Gov. Chris Christie signed the Brewers Bill into law, effective October 1, which greatly affects the more than two dozen microbreweries and brew pubs in the state. In addition to changes to taxes and other regulations, owners now have increased flexibility, allowing them to open more brew pubs and increase production (with an increased limit of up to 10,000 barrels per year), while offering 4oz. samplings on or off premises (meaning tasting rooms are now a possibility).

Cupcakes2GoGo is a mobile cupcake truck stopping by the Westmont Farmerâs Market and other Camden County events. Though the farm market season is ending, you can still follow @Cupcakes2GoGo on Twitter to stay updated on upcoming appearances.

Though we reported last month that Collingswoodâs Pop Shop has plans to open another location, we would like to clarify our information. Though nothing is set in stone, the restaurant owners announced their intentions to launch a Medford shop on the businessâ Facebook page in late September, citing âlots of planning and logistics that need to take placeâ before a projected timeline and opening can be set.

IMBIBE Will pumpkin-spiced everything ever get old? We say âno way!â and welcome pumpkin lattes, soups and brews with open arms. Or after hours, drink this creamy, seasonal Pumpkin Martini from Giumarelloâs Restaurant (329 Haddon Ave., 856-858-9400) in Westmont. In this signature cocktail, vanilla rum is mixed with chai and pumpkin liqueurs and topped with whipped cream and cinnamon, available for $10 through November.