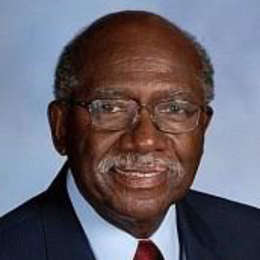 
by South Jersey Magazine
Lawyer H. Chapman
After 62 years, Chapman—one of the area’s most respected educators—has decided to close the books on his storied career, but not without leaving quite the legacy. For the past 25 years, the 84-year-old has worked in the Cherry Hill School District, most recently serving as the principal of Cherry Hill’s Alternate High School, following previous administrative stints at both Cherry Hill East and West. Prior to working in Cherry Hill, Chapman spent time in Paulsboro and in Philadelphia, where he began his career.
CC Miles
This Medford Lakes teen has been doing volunteer work with the Food Bank of South Jersey for the past six years and currently serves as the organization’s Youth Ambassador. Miles is also a blossoming musical artist and she’s used her platform to write songs about food insecurity and discuss the topic with fans on her social media accounts. During her role as Youth Ambassador, she has assisted the Food Bank with promoting health and wellness and raising awareness about food insecurity throughout the community.
Gabriel Rodriguez
An East Camden native and police officer in the city for the past 18 years, Rodriguez was recently sworn in as the Camden County Chief of Police. For the longtime member of law enforcement, he’s eager to build on the progress the police department has made, saying “the work each officer has done over the last eight years has changed the city and made it a better place to live, work and raise a family,” at the swearing-in ceremony.
Dr. Cindy Hou
Hou, an infection control officer with Jefferson Health New Jersey, has joined the board of directors of the Sepsis Alliance. She was part of the Jefferson Health team that was named a national “Sepsis Hero” by the Alliance in 2016 for its life-saving detection and treatment protocols. In an interview last year about her role in helping combat the COVID-19 pandemic, Hou told us, “It’s a privilege, really, to be a physician, let alone an infection disease physician.”
Click here to subscribe to the free digital editions of South Jersey Magazine.
To read the digital edition of South Jersey Magazine, click here.