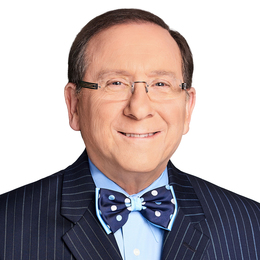 Blue-sky Thinking
Forecasting the weather in Philadelphia has been a âdream come trueâ for iconic meteorologist Glenn âHurricaneâ Schwartz.

As for his nickname: He got it while working at WNYW in New York City. A colleague watched him get tossed around during a live coverage of a hurricane. The rest, as they say, his history.
To see more information about the methodology of South Jersey Magazine, click here.