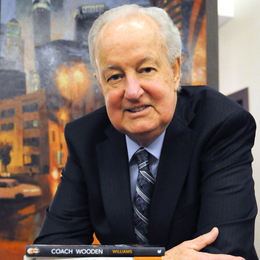 Dare to Dream
More than 30 years after leaving his home in Moorestown to bring the NBA to Orlando, Pat Williams still looks back with affection on his time in South Jersey. But he is also eyeing the future with his latest expansion project.