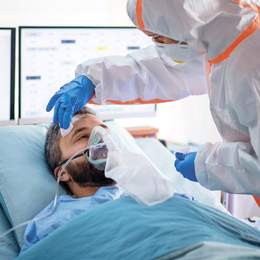 Better Prepared
South Jersey hospitals have evolved in a number of ways since the COVID-19 pandemic began and the lessons learned are helping them tackle the second wave with confidence.

“Please observe the guidelines Gov. [Phil] Murphy is directing,” she says. “Wear a face mask when in public and even at home when with at-risk individuals. Wash your hands liberally. That’s how we can all contribute to one another’s health, our own health and get help this behind us.”