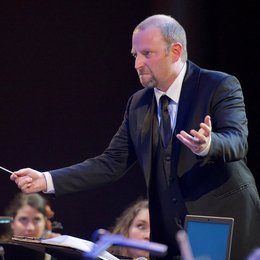 Celebrating the Music
Now in his third season of conducting the South Jersey Pops Orchestra, Robert Bradshaw will lead the group through its 50th anniversary.