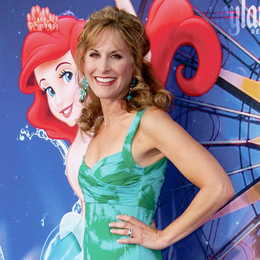 Under the Sea and Over the Moon
Three decades after the release of The Little MermaidÂ¸ Jodi Benson feels more connected than ever to the character of Ariel.


by Peter Proko
Jodi Benson admits that while she was very interested in auditioning for the role of Ariel in The Little Mermaid back in the late ’80s, the Broadway star wasn’t as keen on letting it be known to her peers in the industry.
“I absolutely had no clue it would change my life. In fact, when I recorded it I was doing a Broadway show, flying back and forth and kind of kept it under wraps because voiceover was not a very great job back then; it’s what you did when your career was going downhill,” Benson says. “And our names weren’t going to be revealed, it was going to be a secret project that would disappear forever. But obviously it changed my life forever, such a blessing.”
Now as the cast and crew get ready to celebrate the 30th anniversary of the film, the venerable star is looking forward to marking the milestone and connecting with fans young and old.
“Every seven years or so, we pull it out of the vault and we get to now talk to another generation of kids,” she says. “We have grandparents and some great grandparents who share it with their kids, so that’s very exciting.”
We had the opportunity to talk with Benson as she was gearing up for a multi-city promotional tour and taking a break from touring colleges with her daughter, one of two children she has with husband Ray, who also serves as her manager.
A veteran of the theater world, there’s no denying Benson’s connection to Ariel and vice versa. Here she tells us about what the transformation has been like, what kind of things happened behind the scenes during filming and why she is now perhaps the most in-demand wedding singer in the country.