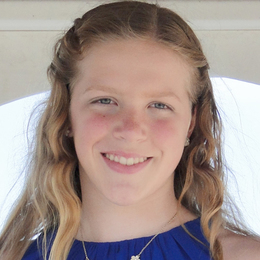 Charlotte Olson
After taking a trip to Haiti and noticing the children didn’t have much of anything, the 14-year-old from West Berlin decided to start collecting book donations for those in need since she believes reading is important and goes hand in hand with education. Olson and her mother Vicky partnered with the Reach Out and Read Program in the hopes to collect 2,500 books for children.

Joseph Sadler
The Moorestown High School senior was recognized at the 66th annual dinner meeting of the Rotary International and Lions International Clubs of Moorestown for exemplifying commitment to service for others, from being a volunteer at Brandywine Senior Living, the Moorestown Public Library, Moorestown Parks and Recreation and his school. Because of his dedication, Sadler was the recipient of the Good Citizen Award last month and additionally received a scholarship for his volunteer work.

Jennifer Richman
Richman, a Cherry Hill resident, was awarded the 2019 Camden County Martin Luther King Jr. Freedom Medal for her devotion to connecting the community and neighborhoods through Facebook groups. Through the groups, she keeps her fellow residents informed on what’s going on in the township. She also runs Bootcamp for a Cause, an outdoor workout program that donates all of its proceeds to charity.

Kate Gillespie
Gillespie, a Virtua nurse, was named the 47th president of the New Jersey State Nurses Association. In her new role, Gillespie looks forward to addressing patient care and nursing practice issues in addition to legislative matters such as the opioid crisis. Gillespie has been a nurse with Virtua for 35 years and serves as the assistant vice president of orthopedic/spine service line at Virtua Joint Replacement Institute in Voorhees.

Harrison Berman
Haddonfield’s Berman won the Fresh Films Milk It video competition, which asked children to emphasize what makes them awesome in less than three minutes. The videos were judged on originality and passion and Berman was one of two winners chosen in his age group. He spotlighted his abilities to incorporate “magic video editing” into his video. In the future, Berman wants to attend the School of Cinematic Arts at the University of Southern California.

Jeanne Woodford
Woodford is the president of Cedar Run Wildlife Refuge in Medford and was recently acknowledged by the New Jersey Association of Wildlife Rehabilitators (NJAWR) for her dedication to wildlife. She was given the 2019 NJAWR Lifetime Achievement Award, which honors an individual who has made a significant, longtime personal and professional obligation to wildlife rehabilitation while making a major impact on the field for several years.

Do you know a local person who is doing great things? Let us know by emailing Lauren@SouthJersey.com.