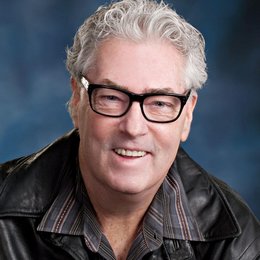 Taking a Toll on Me
While I would love to wish for world peace, we know that isnât happening.


by Big Daddy Graham
Wouldn’t it be dynamite for South Jersey to have a 24-hour, swinging nightclub? Fat chance. How about my wife telling me I can spend the weekend with Sofia Vergara? (Actually, she might not mind just to get rid of me for a couple of days.)

No, my wish for 2019 is pretty much the same wish I have every year: to rid South Jersey of its annoying tolls. I hate their guts and I have my entire life.

My first memory of tolls was my old man complaining about them. And we didn’t even have a car! Isn’t that hilarious? I guess it was his way of sticking up for the workingman. (I can only guess what he would have thought of beach tags.)

My pop would sit in the kitchen all night drinking Ballentine and listening to KYW. Whenever there was a traffic report warning you of a “backup at the tolls,” he’d go nuts. He had once read that when the Benjamin Franklin Bridge first opened up in 1926, the public was told that the 5-cent toll was only going to be collected until the bridge was paid for. Where he read this I have no idea, but if I heard him exclaim it once I heard him say it a million times.

I guess he just looked at tolls as another extension of the government reaching into your pocket and stealing money. I have to give my old man credit. He despised the government before it became fashionable. (To be fair to “City Hall,” my old man pretty much hated everything.) When the DRPA would occasionally announce they were raising a toll, he would go completely ballistic. I’m old enough to remember when the bridges added “exact change” lanes and this completely drove my dad over the edge. “That’s taking a job away from the workingman!”

And remember he never owned a car!

When my boys and I began driving down the Shore on our own, we not only had to pool our dough for gas money, we quickly mapped out how to get down there using back roads so we could avoid the Atlantic City Expressway and Garden State Parkway tolls. And not just because of the cost, but because they were always backed up. Remember, there was no E-ZPass then.

Speaking of E-ZPass, does anyone remember when they actually saved you money? They don’t any longer. They haven’t for years. Yet—and I know this because of trivia nights that I host—you would be surprised how many folks still think they do save you money. I guess there are riders out there who don’t read the fine print of their bill. That’s because the entire E-ZPass bill is fine print. You go blind trying to read it.

E-ZPass is nothing but a public relations scam. The DRPA wants you to think they care about the commuter and they want to make life easier on you. Baloney. If they really cared, they would occasionally shut them down. Connecticut used to do that. If a toll got backed up a certain length, they would allow people to actually drive through without paying. In a couple minutes, the toll would be back to its normal, annoying (but not outlandish) crawl, and they would charge again. Alas, they stopped this practice years ago.

But why couldn’t the DRPA occasionally look for moments to do this? To say, “thank you” to its customers. How about shutting the tolls down for 10 Sundays during the summer between 5 and 11 p.m. when they know beachgoers are returning home and it’s going to be backed up the length of the bridge? Do they have to make every conceivable dime? And please don’t tell me the tolls are needed for the bridges’ upkeep because I’m telling you that’s a lie. It’s bad enough these tolls ruin our Monday through Friday rush hours, do they have to wreck our weekends also?

How about when the DRPA knows there’s going to be a huge crowd at one of the stadiums? Say the Eagles are playing at 1 p.m. They can’t shut the tolls down between 10:30 a.m. and 12:30 p.m.? Cut us a break for once in our lives.

I remember going into WIP a few years ago in the middle of an insane blizzard. Radio and TV news and talk personalities do everything in their power to perform their duties in a snowstorm. Believe it or not, your fellow on-air employees consider you a weakling if you don’t make it in.

Well, I’m on in the middle of the night so it ordinarily takes me only about 28 minutes to get from my house to the station. There’s no traffic whatsoever. But for this whopper of a storm, I left a full two hours before my shift was to begin and believe you me it took every minute of it to get there. It was treacherous. Routes 322, 55, 42 and 676 were all disasters.

But when I got to the entrance of the Ben Franklin? There was the toll collector sticking his hand out for a $5 bill. They must have helicoptered him in. They should have been handing me a medal for the insanity of even leaving the house. But of course, they had to get every stinking dollar!

I’m telling you the first politician to run on some sort of anti-toll platform will win in a landslide. Maybe it’ll be me. What if I somehow organized a “No Toll” day? A day where no one stops to pay. A day where everyone just drives on through. They couldn’t arrest us all, could they?

Oh well, Happy New Year, and do me a favor? Tweet out when you’re leaving the house to drive over one of our bridges. If I get enough of them, it might cause me to leave the house a little earlier. Or later. It’ll make for a happier South Jersey.