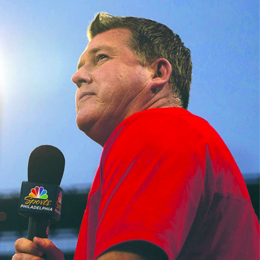 Big-League Talent
A diehard Phillies fan growing up in Mount Laurel, Gregg Murphy is now an integral piece of the organizationâs broadcast team.

In one brief conversation with Gregg Murphy, the word “lucky” comes up about a dozen times.

The field reporter for Phillies telecasts on NBC Sports Philadelphia can take pride in being one of the most prepared and hardest-working broadcasters in local media, but he never takes for granted just how fortunate he is.