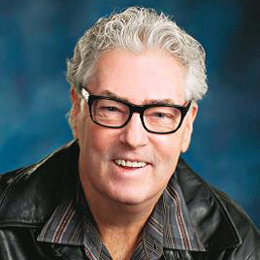 Courses We Should Have Had
Itâs June and itâs high school graduation season, which means itâs time for endless valedictorian and commencement speeches.

And that’s just it. While I thought both my daughters’ time at Clearview High was well spent and I have nothing but fantastic things to say about the school, I still believe that high schools miss the boat on a few courses that should be taught. I know mine certainly did.

Here are a few courses I wish schools offered.

HOW TO WORK ON CARS
True story. Decades ago, my buddy Jimmy and I were cruising through Westmont when the oil light of his Ford Pinto came on. Neither one of us even knew what that meant. We were two 19-year-old idiots, especially when it came to auto- mobiles. He had literally bought this dented beauty that morning and it was the first car either one of us had ever owned. There was a gas station up ahead, but Jimmy said he had a cousin who told him never to buy oil at a gas station, that it was way cheaper at Pep Boys.

So we drove around until we found one and bought five cans of Quaker State. Like it needed that many quarts, but what the hell did we know? So, right there in Manny, Moe and Jack’s parking lot, we popped the Pinto’s hood. And where did we attempt to pour the oil? Into the tiny slot that you pulled the dipstick out of. Now I ask you, who’s the “dipstick?”

Not to mention, what you pull that stick out of is on a weird slant, so all we did was pretty much pour three cans of oil directly on to the ground before some oldhead saw what we were doing and came to the rescue.

Neither one of our dads ever owned a car. Both of us ended up being the first in our family to even own a car. I know it’s hard to believe, but that was pretty common back in the day.

So what would it hurt to bring a mechanic into school, just once a month, to spend an hour with students teaching the absolute fundamentals? How to jump a car. Where the water radiator and wind- shield wiper fluid caps are. How to change a flat. Not on a blackboard or with screen projections, but with an actual car. Often they don’t know the answers to any vehicle stuff anyway.

You know that Pep Boys we visited has been replaced by a Dollar Store, but the parking lot is still there. I wonder if the motor oil stain is?

HOW TO SEW
I went to high school with this guy named Gabe Paoletti. Gabe wore truly unique clothes. Not flashy or extravagant in a way that would have made him look ridiculous, just really cool and different. Well, there was a reason for this. His mother made him his clothes and that really blew me away when I found out. Growing up, it was very common for moms to own a sewing machine, but now it seems like you never see one.

Look, I’m not saying that I ever would have gotten to the point where I was de- signing new cargo shorts, but it would be nice to know how to stich a hole in a shirt. Or hem pants. Heck, I can’t even iron.

MONEY
I could have written this entire article on this one subject. To this day, I don’t know how to handle money properly. How to make it grow. When to buy a stock. When to sell. What would have been the harm if you would have had one class that gave you an imaginary $1,000 and then you had to buy an imaginary stock. And then you would be taught when to sell that stock or how long to hang on to it.

Annuities, 401(k)s, dividends, 1099s, securities, mortgage rates, liquidity, business inventories, cash flow. I could babble on endlessly about financial terms, expressions and words that I have no idea what they mean.

I realize that many readers live from paycheck to paycheck or on fixed in- comes, but this knowledge would have also helped them.

WHAT TOOLS IN A “TOOL KIT” DO
My wife, way back in the day and before she knew any better, bought me a tool kit for my birthday. She had accurately observed that no matter what needed fixing or adjusting, I always used a butter knife. A month went by and our bedroom ceiling fan started making this odd rattling sound. There I was standing on the mattress trying to determine what was making the noise with my trusty butter knife in hand when my wife strolled in and immediately wanted to know where was the tool kit that she bought me.

I couldn’t think of what to say, so I blurted out “it’s broken.”

“Every tool, every single tool in the entire box is broken?!”

Years later for a Father’s Day present my daughters got me a butter knife that was engraved “Dad’s Favorite Tool.” They really did.

WHAT MY WIFE REALLY MEANS WHEN SHE SAYS SOMETHING
For example, my wife saying “we’ll see” always means “no.”

“Can we go see The Expendables 7 Friday night?”

But that’s one of the few interpretations that I managed to pick up over the years. Unfortunately, there’s not a male Ivy League professor on the planet who can help me out with this one.