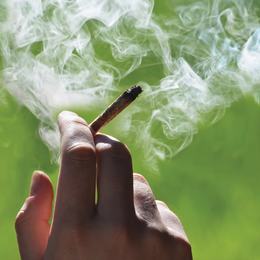 Ever since a group of state lawmakers headed to Colorado last fall to study the legal marijuana industry, there’s been a certain buzz floating around Trenton. Now, with an outgoing governor who has regularly extinguished any discussion of recreational pot, these same officials are poised to reignite the conversation.

Leading this bipartisan delegation through Denver and Boulder was State Sen. Nicholas Scutari, a municipal prosecutor from Linden who has long advocated changing what he calls the “failed marijuana laws that have ruined countless lives.” After being impressed by what he saw and heard during the trip to Colorado— where recreational marijuana has been legal since 2014—Scutari recently introduced legislation that would make New Jersey the ninth state to legalize marijuana, aligning with the aforementioned Colorado as well as Alaska, California, Maine, Massachusetts, Nevada, Oregon and Washington. It has also been legalized in Washington, D.C.

Under the bill, possession would immediately be decriminalized up to 50 grams and once the industry takes shape, those over the age of 21 would be able to possess up to one ounce of marijuana or 16 ounces of infused products in solid form, 72 ounces in liquid and seven grams of concentrate. Growers, distributors, manufacturers and retailers would all require licenses that come with annual fees. Growing marijuana at home would be prohibited, as would public consumption. In the first year it would be taxed at 7 percent and grow to a final tax rate of 25 percent in five years.

Calling the industry “successful in nearly every aspect,” Scutari is quick to point out that Colorado reported a record $1.3 billion in medical and retail sales of marijuana and an estimated $200 million in taxes in 2016. After touring the dispensaries and cultivation facilities, he calls the neighborhoods “clean and safe” and says that state officials have reported no increase in adolescent use of marijuana.

“Put simply, the doom-and-gloom scenarios that many detractors predicted just did not happen,” Scutari says.

In addition to these reasons why Scutari says his proposed bill makes sense for the people of New Jersey, his biggest selling point is an estimated $300 million in newly generated tax revenue that the regulated industry could bring the Garden State to help with a ballooning budget deficit that Moody’s says could reach $3.6 billion by 2023. That is money, Scutari says, that could be dedicated to substance abuse treatment and prevention efforts, transportation and women’s health among other areas.

“Legalizing marijuana in New Jersey would allow law enforcement to focus their efforts and resources on the areas where they are most needed,” Scutari says. “It will generate millions of dollars in tax revenue … and it will create thousands of jobs.”

Despite medical marijuana being permitted in New Jersey since 2010, Gov. Chris Christie has vocally opposed any idea that recreational marijuana would be good for anyone, calling it “stupid” to bring “poison to our kids.” His office has claimed that a child who tries marijuana is 10 times more likely to be a heroin addict by age 24, citing the 2013 National Survey on Drug Use and Health.

However, a 2015 Rutgers-Eagleton poll showed that the majority of New Jerseyans support legalizing, taxing and regulating marijuana for adults 21 and older. That has given backers of the bill hope that a newly minted governor who arrives in the Statehouse would be more receptive. And if the bill were to pass, it would be unique in that New Jersey would be the first state to legalize marijuana through legislative action and not on a ballot.

Democratic gubernatorial candidate Phil Murphy has thrown his support behind the idea. “Our laws hurt those caught up in the system due to a non-violent marijuana possession arrest, primarily young people and people of color, giving them a criminal record that in many cases prevents them from getting a job or an education, and stifling their futures,” Murphy says.

“I came to this decision after careful consideration, most importantly after giving much thought as the father of four young adults,” Murphy adds. “However, the societal damage being done by our current laws, and the potential benefits to New Jersey through careful regulation of the industry and prudent investment of new revenues, could not be outweighed.”

On the other side of the debate is Lt. Gov. Kim Guadagno. While she has distanced herself somewhat in recent times from Christie’s sinking ship, she stops short of calling for legalization of the drug that is still federally banned. Instead, she would prefer decriminalization.

“The Trump administration has made it very clear that they intend to enforce our nation’s drug laws more stringently. Instead of outright legalizing marijuana, our energy is better spent by improving our medical marijuana program and decriminalizing it in some form or fashion so young people aren’t thrown in jail for possessing a small quantity,” Guadagno says.

From a law enforcement perspective, a state police spokesperson called the issue a political one, saying that they will enforce whatever law is on the books. Meanwhile, retired state police officer Nick Bucci isn’t shy about offering his opinion. Bucci began his career as a state trooper in 1966 and was on the force when then President Nixon declared the War on Drugs in 1971. Soon after he was transferred to the narcotics unit and was one of the first people to conduct wiretaps on drug dealers.

“When I worked undercover buying marijuana on the street, in one week I could make 25-30 cases, that’s how easily it would be available,” Bucci says. “But prohibition does more harm to people than marijuana. You lock up someone for possession, and it’s not only possession, but possession with intent to sell … you load up the charges. You get a young person caught with a couple ounces and it ruins their lives. They try to get a job, they have this conviction and they need to check that box [on the application]. They can’t get a student loan. [But] we were mandated by the courts to get these drug cases through.”

It wasn’t until years later when a “routine” bust turned into a shootout and two undercover officers in Bucci’s unit shot and killed a suspect. The news struck a nerve with Bucci who decided that after his more than two decades on the job; it was time to walk away. “They shot him dead—25 years old. [He] died over marijuana. That was the turning point in my career. I retired and never looked back.”

Today, Bucci—who has never smoked marijuana—is a strong advocate for legalization solely because it would allow law enforcement to “do the job they are supposed to do, to protect and serve the community.” He says he laughs when he sees big marijuana busts on television, with the lineups of suspects and tables full of seized drugs and money.

“Every time you lock up someone for marijuana, that’s two-to-three hours you are not on the street doing what you are supposed to be doing,” he says, pointing to larger crimes like shootings, rapes and breaking and entering. “When I talk to cops today, they say [legalizing marijuana] would be the best thing that could happen because they could go after real criminals. It’s a self-perpetuating abject failure because of the money. The municipal courts make out like bandits, the lawyers make out like bandits. We were doing it 30 to 40 years ago, and they are still doing it.”

One attorney who agrees with Bucci is Bill Caruso, who manages and runs Archer’s government affairs practice. A former executive director of the New Jersey Assembly Majority Office in Trenton, Caruso has been recognized as one of the state’s most prominent policy makers and was instrumental in researching and drafting the bill that brought medical marijuana to New Jersey. He currently volunteers his time working on the steering committee of New Jersey United for Marijuana Reform, an organization consisting of members from public safety, medical, civil rights, faith, political and criminal justice reform organizations.

Caruso echoes Bucci’s belief that legalizing marijuana would cut down on mass incarcerations that clog up the justice system and police resources, but points to not only the economic benefit of tax revenue and less costly efforts policing the current law, but also the societal benefit that could come with recreational pot in terms of job creation and the potential for the state to reinvigorate its once booming pharmaceutical industry.

“Should a company want to locate here and hire 100 employees and start a new manufacturing facility or a pharmaceutical facility to create the next derivative of cannabis or conduct new research on medical treatment for pain management that medicinal marijuana can cure, they have a space they can operate in,” Caruso says.

“Is there a downside? Of course. Should we be advocating this to children? Absolutely not,” Caruso adds. “By and large, you don’t want kids having access to this. But the rub is they do have access to it now, more than alcohol. My kids have access to this. But we are not advocating the use, but the legalization so adults 21 and over can make a decision” similar to walking into a liquor store should they choose to drink.

Dr. Corey Waller works with the American Society of Addiction Medicine and is the senior medical director of the Camden Coalition of Healthcare Providers, and from his perspective the potential legalization of marijuana could have devastating consequences.

“When people say, ‘Well, weed is not as bad as heroin,’ my reply is a .22 caliber bullet is not as deadly as a .45 caliber bullet, but I don’t want to get shot by either,” says Waller.

Calling it the biggest cause for addiction in adolescents, Waller doesn’t refer to marijuana as a gateway drug, but rather a priming drug that trains the brain for other intoxicants like alcohol and opioids. “The end result is the same, those people who use marijuana on a regular basis have a much higher risk of progressing to other elicit substances,” he says.

Waller also points out that marijuana is not a singular drug, but rather a combination of 80 different psychoactive compounds. “Some of those may have really positive impacts on medicine and livelihood, but unfortunately recreational marijuana is bred specifically for THC, the chemical that gets you intoxicated. While some components can be helpful, the blunt legalization of this medication is just really dangerous,” he says.

“I find it interesting that the state is pushing so hard for opiate treatments and on the other hand is looking to rapidly expand another addictive substance.”

While the debate continues, there are plenty of facts and figures to support the groundswell of advocacy. A 2016 study by the Drug Police Alliance entitled “So Far, So Good” examined several areas surrounding legalization in Colorado, Washington, Alaska, Oregon and Washington, D.C.

In terms of the potential effect that legalization could have on adolescents, the report claims that it has not caused an uptick in the overall rate of youth use of marijuana. With regard to road safety, the total number of arrests for driving under the influence—including alcohol— has declined. In Washington, D.C., arrests have “plummeted,” saving jurisdictions millions of dollars. And tax revenues in Colorado and Washington both exceeded expectations after the second year, with monies being used to fund school construction and other general state needs.

“We have the benefit of learning from the experiences of other states,” says State Senate President Stephen Sweeney. “I joined Senator Scutari [on the trip] to Colorado where we were provided a full review of how the new marijuana industry operates, how it is regulated and how it is managed responsibly.

“This is an industry that is in its infancy but offers opportunities for good, well-paying jobs and economic growth. In Colorado, the industry has already created more than 30,000 jobs and generated more than $135 million. We have the potential to do even better in New Jersey,” Sweeney says.

Whether or not that conviction translates into marijuana becoming legalized remains to be seen.