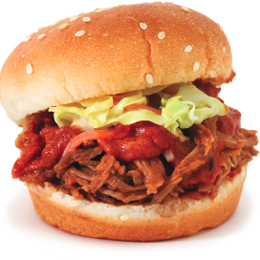 TOP FIVE
BAR SNACKS:
A quintet of tasty things to try this month

BLACKENED YELLOWFIN TUNA BITES
AT BRICKWALL TAVERN, BURLINGTON
Yellowfin tuna is charred just enough to create a blackened ring on the outside of the fish, resulting in delectable cubes perfect for dipping in the accompanying horseradish sauce.

AVOCADO FRIES
AT KID RIP’S, RUNNEMEDE
The richness of avocado is coated in breadcrumbs and cooked to a slight crisp that gives textural balance to every bite. No visit here is complete without an order of these.

WISCONSIN FRIED CHEESE CURDS
AT YARD HOUSE, MOORESTOWN
Think of this nosh as if you’re eating miniature grilled cheese sandwiches. There’s a reason they are so popular in Wisconsin—a place that knows a thing or two about cheese— and it’s only a matter of time before they take over South Jersey as well.

LONG HOT FLATBREAD
AT COOPER HOUSE, PENNSAUKEN
The heat from the chopped peppers is met with the saltiness of diced pancetta and aged provolone while cherry tomatoes add a burst of acid to complete the flavor profile.

ARTICHOKE AND GOAT CHEESE DIP
AT IRON HILL BREWERY, MAPLE SHADE AND VOORHEES
Goat cheese adds a level of depth to this artichoke dip that is all-too-easily gobbled up with toasted slices of beer bread made with Iron Hill’s signature Vienna Red Lager.

RAISE A GLASS:
Libations you’re sure to love

STRAWBERRY FRESCA
AT BRIO, CHERRY HILL
This is a strawberry lover’s dream cocktail, made with strawberry-infused rum, fresh-cut strawberries and finished with lemonlime soda and a hit of fresh lime juice.

LEMON ICE
AT TOWNE TAVERN, RIVERSIDE
The perfect cocktail for the warmer months ahead, the Lemon Ice is a mixture of citrus vodka and limoncello, served in a sugarrimmed glass.

FAST FOOD:
The former Cherry Hill restaurant that housed La Campagne is now reopened as The Farmhouse, a BYOB that will serve both brunch and dinner Tuesday through Sunday. Chef David Murray is in the kitchen after stops at Georges Perrier’s Georges’ and The Borgata’s Water Club.

Nunzio Ristorante Rustico in Collingswood will be hosting a farm-totable dining event from June 25 through June 30. For $35 per person, diners will choose from a fourcourse menu featuring items like grilled branzino and veal rollatini.

Marlton is the next South Jersey locale to welcome yet another brewery. Zed’s Beer will open soon, serving a variety of American and European style brews. And Haddonfield will end its dry spell when it welcomes King’s Road Brewing this fall.

Nicole Distanisloa is the new owner of the Primo Hoagies shop in Woolwich. Distanisloa also owns the Primo’s in West Norriton, Pa.

Theresa Hrivnak, the lead baker at Haddonfield’s Indulgence Cupcakery, is using her celebrity from appearing on Food Network’s Cupcake Wars by working with the Ronald McDonald House of South Jersey on a new program called Decorate and Donate. Each weekend the bakery hosts children for a Kid’s Cupcake Wars class where they make and decorate cupcakes to be donated to the children and families at the house.

Hearthside is a new restaurant coming to Collingswood on the corner of Haddon and Frazer avenues. The new space will feature a wood-fired oven and grill and include veteran front- and back-of-house staff from Treno in Westmont and Vernick Food and Drink in Philadelphia.

Once named the best food truck in the state, Oink and Moo BBQ will soon open the doors on its second brick and mortar location, the first in South Jersey, in Voorhees and serve up plenty of brisket, pulled pork, chili and more.

German grocery chain Lidl is looking to open its first stores in the U.S. and are eyeing several South Jersey locations including Cherry Hill, Gloucester Township and Cinnaminson.