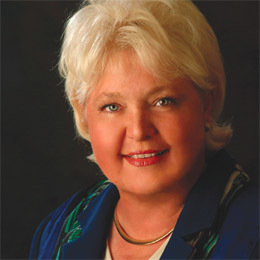 Sen. Diane Allen has spent her life in public service, even if not officially elected for a portion of it. “I think all I’ve done in my life has been public service—from when I was 16 and serving [Quaker] missions in Puerto Rico to my time in TV and then as an elected official,” she says. “I wanted to solve problems in everything I was doing.”

The Burlington County resident and Republican senator represents the 7th district in Trenton, and in her previous career in the media—mainly for KYW-TV—she won eight Emmys and a Peabody Award. First elected in 1995, Allen made an announcement this past January that she would not seek re-election come November 2017. “It was a tough decision, but a number of health issues make it hard for me to have the energy to do all that I used to do,” she says. “When I contemplated working on the important legislation I’m trying to get passed, as well as what could be a contentious primary and general campaign, I realized I wanted to invest my energy in the legislation.”

While she doesn’t quite know what Act III of her career will be, Allen won’t be resting on her laurels in her final year as a legislator. One issue in particular she’s pushing on is pay equity. “I’ve seen this personally. It still happens, sadly,” she says. A new bill, which places more stringent penalties on those who discriminate based on sex, recently failed to get enough votes to override Gov. Christie’s veto, although that’s not stopping her. “My efforts are going to be focused on this.”

We caught up with the senator just as she finished speaking at her alma mater, Moorestown High School, and talked about the legislative accomplishments she’s most proud of, how she’s helping to inspire the next generation of women to run for office and why she hates politics.

Life as a TV news personality…
That was an exciting and fun time to be involved in the media. It was before cable TV virtually changed everything. When I was anchoring [the news], there were four or five stations everyone was watching. Just those. Now there are 1,000 channels. I found that while I was on TV I could tell people what was wrong, things to watch out for, but I could never solve the problem, and very often politicians would listen but they did nothing. Once I left TV people convinced me I could solve those problems by running for office, and they were right.

Why politics get in the way…
That experience in news did give me sympathy for reporters once I became a legislator. I always return their phone calls because I know they are doing an important job. Making nasty comments about [journalists] isn’t going to help you, and there are some who still do that. Their job is to bear out what the truth is and if you’re working in government, doing the right thing, then you should have a relationship with them. The politics are what mess things up. I hate politics but I love being a legislator. Politics divide people instead of bringing them together.

On her legislative accomplishments…
Among the things I’ve cared about the most is equality and justice, not just for women but for all. I’m a Quaker and we believe all people need to be treated equally and we weren’t doing that given some laws in New Jersey. I’ve worked on how domestic violence laws treated women and children. Twenty-two years ago they were not being treated appropriately. I’ve also worked on many pieces of legislation in the criminal area; one of the bigger bills was overturning the early-release program for inmates; we now require them to serve 85 percent of their sentence.

I also worked for years to get a drug court—which we now have in New Jersey—so those with small offenses would- n’t be thrown in jail with murderers and rapists. That’s absurd. We’re doing the same thing with my bill on veterans (S- 307). If they come to court the judge may treat their case like everyone else’s without taking into account the veteran’s mental status, or if they suffer from PTSD. We want to treat vets for these mental health issues and not for what brought them in front of the judge.

I helped write the first anti-bullying law in the late ’90s, and we’ve updated it as the country changes. Bullying can so scar a person and causes some to take their own lives. I’ve had people; parents tell me it made a difference. This was an important law I cared about greatly. I [along with those I’ve served with] have passed laws that have touched every person in the state and we hope we’ve made life better for people in New Jersey.

Why it’s worth taking risks…
A long while ago I competed internationally on hang-gliders [with my husband]. I’m a risk taker. I don’t think you accomplish great things without taking chances. Running for office in a 3-to-1 Democratic district was a risk, but I took it and got by. I truly believe we grow every time we expand and go into areas we’re uncomfortable.

Living in and loving South Jersey…
My husband and I love to canoe, along the Delaware or Rancocas Creek. I attend Quaker meetings in Mount Laurel. I’m very involved in historic preservation in our area and I love it. I’m an advisor for the National Trust for Historic Preservation. I love Paulsdale; Alice [Paul] is one of my favorites. I ride the River Line, one of the things I worked on bringing here to South Jersey. I knew it was the right thing to do, even though some people hated the idea, I stuck with it and I’m happy we have it.

Her passion for encouraging women legislators…
I was only the ninth woman in New Jersey’s history to be sworn into the Senate. In 250 years. Isn’t that crazy? I work hard on getting women in office, not just in New Jersey, but in the country. I recently went to the Pacific North- west for the National Foundation for Women Legislators (NFWL) to meet with other women legislators about what we need to do to get more women involved. We need to constantly reach back and bring women up from lower levels of government and help them get to higher levels. Sadly many feel that cuts in half what they are doing, but in fact you’re doubling, which is so much better.

One of the duties of government is to preserve the freedoms under our Constitution and a primary way to give back is to take time in a government role. It keeps government fresh. If we don’t get more women and others elected, then we don’t reflect the people we represent. You can’t have a real democracy under those circumstances. I think it’s important to work together as women, but specifically right now. We must continue the dialogue, and mentoring and pulling up women around us.

On being a role model…
I’m happy if people wish to use me as a role model. I don’t go out and say I want to be one, but I do try to live a life that might help others and show others what I’ve been able to accomplish and maybe they can as well.