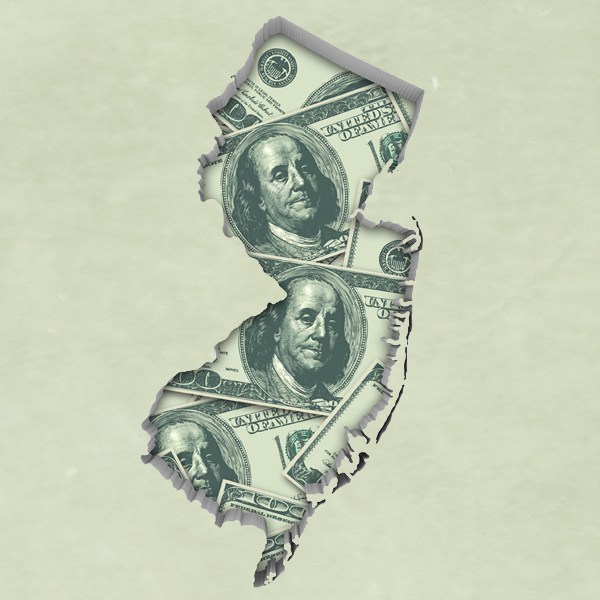 It’s easy for politicians to point fingers when it comes to New Jersey’s fiscal crisis. From unfunded pensions, rising property taxes and other government inefficiencies, there is no shortage of blame about how we got here. But since we can’t go back in time, legislators are taking a hard look at how New Jersey can address these issues and forge a way forward.

That was the impetus for the creation of the Economic and Fiscal Policy (EFP) Workgroup, formed by Senate President Steve Sweeney under the bipartisan leadership of Senate Budget Chair Paul Sarlo (D-Bergen), Sen. Steve Oroho(R-Sussex) and Assembly Majority Leader Lou Greenwald(D-Camden). The workgroup, which included about 20 top economists, academics and fiscal policy experts, began meeting in January and convened several times to discuss and arrive on policy recommendations.

Their final report, Path to Progress, was released this past August and contains proposals in five key areas: pension and benefit reform, stabilizing the pension system, administrative-level education reform, local government reform and shared services, and state and local government tax structure. The report is not law, but a roadmap of potential solutions, plural.

“The problem we’re in is so big, there’s no single solution,” says Raphael Caprio, Ph.D., of the Rutgers University Edward J. Bloustein School of Planning and Public Policy and a member of the workgroup. “The recommendations are each a small piece of solving the problem. Look at it as peeling off a little bit at a time to begin working our way back to fiscal sanity.”

Some of the proposals that could make the biggest dent in the crisis may also be among the most controversial involving pension reform and health benefits for teachers. According to the Pew Charitable Trusts, and cited in the report, New Jersey’s pension system ranks among the most underfunded in the country. Combined pension and retiree health benefit liabilities are four times as much as New Jersey’s annual budget.

“Two of the most important recommendations were aimed at cutting the cost of pensions and health benefits, which would increase by $4.1 billion over the next four years if we take no action,” says Mark Magyar, policy director for Sweeney and the Senate Democratic Office. “The EFP Workgroup recommended the creation of a hybrid pension system that would preserve the existing defined benefit pension system for all teachers and state, county and municipal employees with five years of service in the Teachers’ Pension and Annuity Fund and Public Employees Retirement System, but create a hybrid system with a defined benefit plan for the first $40,000 of annual salary and a cash balance account for new hires and non-vested employees with less than five years of service.”

In conjunction with this, the panel also recommended shifting public employees from platinum-level to gold-level health plans, which Magyar says “would provide savings both for taxpayers and government employees, who pay an average of 21 percent of their health care premium costs.”

This didn’t sit well with the New Jersey Education Association (NJEA). In a statement, NJEA officers said this proposal is one they’ve heard before, adding that NJEA members have followed the 2011 law—also proposed by Sweeney—intended to reform pensions, and to that law NJEA members have continued to contribute to their pension and health benefits even when the state has not done its part.

“That 2011 law was supposed to fix New Jersey’s pension system. But while the state gladly took school employees’ hard-earned money, it failed to do its part or pay its share. It is unacceptable that the very same Senate president who orchestrated the last raid on our members’ paychecks is coming back for more, using the same scare tactics and making the same empty promises,” as stated by NJEA’s President Marie Blistan, Vice President Sean Spiller and Secretary/Treasurer Steve Beatty.

After the release of the workgroup’s recommendations, the NJEA pledged to work directly with Gov. Phil Murphy’s administration and has since committed to move public education retirees to a new health plan on Jan. 1, projected to save nearly$500 million over two years.

Another recommendation in the realm of education involves merging K-4, K-6 and K-8 school districts into their regional high school districts. Magyar says this is “first to ensure a unified, coordinated curriculum, and secondly because it will provide long-term cost savings and provide districts with declining enrollments better opportunity to cut costs.”

Initially this might cause some concern in communities that think it could result in the loss of beloved schools and teachers. Caprio, who chaired the EFG education subcommittee, says this is more about consolidating from a curriculum standpoint.

“This proposal was largely driven by a concern for improved educational outcome and increased program flexibility,” he says. “If you have a regional high school with four sending districts, each of those four could have students coming into ninth grade at different levels. Consolidating to a complete K-12 would put them all on the same page.” It also could expand resources across municipal boundaries by allowing teachers to travel to different schools on alternating days of the week, allowing students to have exposure to a certain subject that isn’t otherwise offered at their school.

Caprio says the recommendation poses no threat to teachers’ jobs or the elimination of schools. “Any argument like that would be a straw man. You would still need the same number of teachers. It’s easier to move one teacher [around in a district] than 200 students,” he says.

NJEA Communications Director Steven Baker says he doesn’t think experience shows that large school districts are educationally superior to smaller ones that are held accountable to their local communities.

“New Jersey has among the best public schools in the nation, with high standards and strong curriculum,” Baker says. “We have good things going on in all of those areas, so the idea we need to create massive school districts in order to have good schools doesn’t follow the actual experience in New Jersey.”

Ultimately, the decision should be made by the communities themselves. “The real issue is making sure everyone involved—educators, parents, the community—all agree it’s in the educational best interest of the children,” he says. “It’s not only if it’s economically viable, but educationally. If it’s good on both points, then consolidation should be considered, but it should be driven from the local level, not imposed by Trenton.”

This sentiment is echoed in the shared services realm as well, which was another of the workgroup’s recommendations to bring down property taxes.

“We’re on board with the concept of shared services, but we’re not on board with a shared service requirement from Trenton,” says Michael Darcy, executive director of the NJ State League of Municipalities. “When sharing services between two communities, there are details to take into account. Imposing [shared services] would be impractical.”

Sharing services is nothing new, however. “Municipalities have been sharing services in an aggressive manner, and we’re happy others want to jump in and help, but we’ve already been there, we’re already there,” Darcy says, adding they are just one helpful tool in the municipal toolbox.

Shared services can take many forms, and involve two or more municipalities, counties or other authorities coming together to provide or receive a service. It’s been done with trash collection, police forces, etc., and it’s not only the EFG Workgroup that sees value in promoting these partnerships. Gov. Murphy appointed two shared services czars earlier this year, both of whom are former mayors.

Darcy says the League has met with the czars and offered the organization’s background and experience. “It was a good meeting and we talked about the need to find what works for individual municipalities; it’s not one size fits all. I believe they are open to a collaborative environment and conversation,” he says.

Deptford Mayor Paul Medany says he has been following the workgroup’s recommendations and says shared services are something the township does all the time. “We have county tax assessments, county ambulances, county 9-1-1 dispatch.… We have a shared services meeting every year with elected town council members, the school board and fire district to kick around ideas. Locally we share well,” Medany says.

As this proposal progresses, Medany is hesitant, like Darcy, about anything that would be mandated. “The state has to consider that every town is unique,” Medany says, posing a potential scenario when his police force may be pulled away. “Deptford Township has 70 cops and we’re not in a position to let them police in other towns. Deptford has five state highways running through it, which amounts to speeding and traffic accidents. If you try to take away some of my cops from those accidents, the call times go up and things get complicated.”

Overall, Magyar says the response to these—and the other proposals—has been positive. “The Senate President and other legislators and members of the working group have begun meeting with local officials and regular citizens all across the state to get their ideas and enlist their support as we move to implement these recommendations,” he says.

Caprio says this isn’t an overnight process. “It’s one thing to talk about encouraging different initiatives, but it’s another for the legislators to develop the laws,” he says. “For over 20 years we’ve refused to deal with this issue. Sooner or later we have to deal with it. There’s not one thing that will solve it. It’s a bunch of small things, each of which can contribute.”