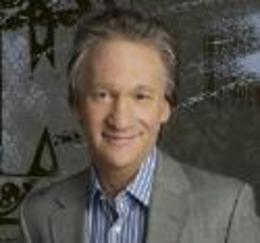 
by Mandy Frantz
â¦From the pages of South Jersey Magazineâ¦

Hank Williams Jr.
Head to AC this month to see a performance by Grammy award-winning singer Hank Williams Jr. Williams was voted Entertainer of the Year by his peers in the music business five times in a row, and between his unique music and controversial opinions on the economy, politics, and Monday night football, Williams is sure to put on a great show. July 19, 9 p.m. at Caesars Atlantic City, 2100 Pacific Avenue, Atlantic City, (609) 348-4411, caesarsac.com, $65-$115

Kevin James
Enjoy a hilarious night out with comedian and actor Kevin James when he visits the Borgata July 1. Get tickets before they sell out to see this entertaining stand up performance by the star of the popular sitcom King of Queens and several comedy movies. July 1, 8 p.m. at The Borgata Event Center, 1 Borgata Way, Atlantic City, (609) 317-1000, theborgata.com, $65-$145

Lyle Lovett
Donât miss the chance to see Lyle Lovett at the Jersey Shore this summer. Lovett has won four Grammy awards and received the Trailblazer award from the Americana Music Association. His distinctive musical style, which features aspects from a variety of music genres, along with his impressive storytelling abilities, will keep the attention of everyone in the audience. July 19, 9 p.m. at Golden Nugget, Huron & Brigantine Blvd., Atlantic City, (800) 736-1420, goldennugget.com, $45-$65

Bill Maher
Comedian Bill Maher is bringing âMaking Back My Million,â his largest stand up tour since beginning his career in 1979, to Ovation Hall at the Revel this month. Take a night off and let out the laughs at his comedic take of todayâs important issues. July 27, 9 p.m. at Revel Casino: Ovation Hall, 500 Boardwalk, Atlantic City, (855) 348-0500, revelresorts.com, $50.50-$90.50