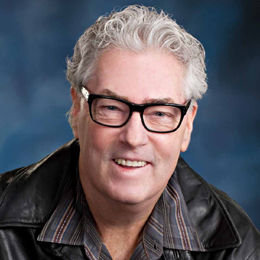 Dear Parents,
Itâs that time of the year again. The crack of the bat, the smell of the green grass, and the hours freezing your keister off as you sit there in the windy, damp, chill while your daughterâs squad is getting trounced 15-1.

James Earl Jonesâ âBaseballâ speech from Field of Dreams may be stirring, but I wonder if he would speak as eloquently if he just found out that his kidâs travel team will be playing on July 4th weekend and heâs just rented a house down the Shore.

Being a Mom or Dad of the next Chase Utley is not as easy as it seems. My daughters Keely and Ava are four years apart and both played competitive softball at Mullica Hillâs beautiful Ella Harris Park; with the age difference, I figured I sat through roughly 200 games. That is, if you consider tee-ball a âgameâ or not. I always looked at it as some bizarre tribal ritual where you throw a bunch of toddlers barely out of diapers onto a field and then you have crazed parents scream âSwing!â âRun!â âThrow!â at them for a little over an hour. To this day, I have never seen Carlos Ruiz hit a grounder and run from home plate directly to second. But in tee ball, anything goes!

So here are some tips from a surviving veteran of the Little League wars.

The Coaches
I was lucky and had the same two tremendous and caring coaches, Pete and Ronnie, coach both my daughters over an eight-year span. They were fine teachers of the game, and although they wanted to win, and did, they never forgot to keep it fun. (Although Coach Ronnie once had a minor heart attack over a blown call during a travel game and, when one of the opponents parents wondered if we should have been doing something, we all just sat there and went âEh, thatâs just Ronnie.â)

The most important thing to remember is that these guys put in tremendous hours for absolutely no money at all and most of them are real heroes of the neighborhood. And if you think your kid isnât playing enough, youâd be surprised what a quiet, polite suggestion when no one else is around can accomplish.

The Umps
Most leagues below the age of 14 have a volunteer parent ump, not a ârealâ ump from some association. So, please have mercy on the guy. He was in the stands two minutes ago reading the paper and now heâs being asked to ump the bases. He doesnât really care if your kid is out or safe; heâs just gonna call it as best as he can. Now if that parent happens to mow his lawn at 8 a.m. on a Saturday morning, feel free to yell âYou stinkinâ blind moronâ at him as often as your throat will last.

TravelTeams
Weird. There are parents that would scream bloody murder if their kid did not make the travel team, and often it would be the same parent who would complain when the practice schedule for the travel team would be announced.

Listen, I remember mentioning to a parent during a particularly hot, boring game that someday we would look back on these days and really miss them. He looked at me like I had just said that my life would never be the same without Milton Street. You know what? I can sincerely say that my daughtersâ eight years at Ella Harris Park might be the most beautiful era of my life and I would give anything to have those games back.

Steroids
There is absolutely no truth to the rumor that my daughter Ava was on steroids the year we won the 2002 District 15 title and there is no *%$* way we are relinquishing that title!

Respect Your Ballpark
While there is no way I would ever trade in my years of growing up at Finneganâs Playground in Southwest Philly, I have to admit that at the end, it got pretty hairy. While it may be educational, itâs tough on a young hurler to work on his motion when the backstop is covered with graffiti of genitals. And thereâs nothing like sliding into third base and a quart of Pabst Blue Ribbon at the same time. And while Ella Harris Pak had some games called due to darkness, itâs another thing entirely to forfeit a game due to the opponentsâ parents cars getting stolen during the game. What Iâm saying is this: Weâre extremely fortunate to have our kids compete in such beautiful ballparks. So letâs keep it that way.

Big Daddy Graham is a renowned stand-up comedian and overnight personality on SportsRadio 94WIP. Write to him at BigDaddy295@aol.com,find him on Facebook or follow him on Twitter @BigDaddyGraham.