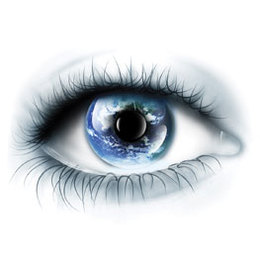 Always on the lookout, private investigators see it all.

Dean Smith will never forget the day a little 86-year-old woman wearing the typically adorable grandmother sweater walked into his office and said she had a job for him. The words that came out her mouth werenât exactly what he expected to hear: âI think my husband is cheating on me.â

In his 23 years of experience as a private investigator, including 15 at the helm of West Berlinâs ICU Investigations, the days that followed resulted in one of his most memorable cases by far.

The spry 82-year-old husband, a professional in the city, was followed to a property he owned on South Street, where it didnât take investigators long to realize something was awry. âThere was an âelementâ coming in and out of the place that just made no sense,â Smith says.

That element? âOur investigation concluded he was with prostitutes that had him hooked on crack cocaine. He was using the building as a crack house and a whore house.â Again, not quite what he expected.

But yet even in a world where you can find out so much about someone from in front of a computer screen with the click of a button, there remains a significant amount that can only be uncovered from behind a windshield. So when it comes to a day in the life of a private investigator, there are no real surprises.

âPeople live their lies too long and eventually get caught,â Smith says. And that applies to situations well beyond the cheating spouse scenario. In fact, those cases take up only about 10 percent of Smithâs caseload.

One of the many misconceptions about the work that private investigators doâthanks to the questionable ethics displayed in reality TV shows like Cheatersâis that itâs all about the uncovering of scandalous affairs. Thatâs about as true as the idea they all cruise around in Magnum, P.I.-esque Ferraris.

The majority of their work comes in the form of insurance investigationsâworkersâ compensation and general liability suits. But donât let the word insurance frighten you with boredom. These cases are anything but.

Just look at the âClaimant of the Monthâ feature on the Facebook page of Medfordâs McNelis Investigative Services, where a manâclaiming a left arm and elbow injury renders him unable to workâis caught in a July video standing on a roof and cleaning the siding of a home. Another man, with a supposed injury to his right arm, is shown working out at the gym, and a woman, with a claim submitted regarding a foot, back and pelvis injury, is bending down to the floor as she shops in a drug store.

The latter two cases show just how easily people can be caught in their lie with a piece of technology the size of a button. âWe used to use gym bags as cameras. Now we can use something as small as this,â says Pat McNelis, owner of McNelis Investigative Services, as he tosses a set of keys on the table.

According to the Coalition Against Insurance Fraud, these fake claims cost at least $80 billion each year across the nation, providing quite a bit of work for the likes of Smith, who works primarily with insurance companies, and McNelis, who operates solely with them.

âThis is what we do,â McNelis says. âWe follow them around and grab video of them doing stuff that theyâre probably not supposed to do: the guy moving furniture, the guy panting the house.â

Or one memorable claimant who spent a week at the Jersey Shore digging a seven foot-by-seven foot hole on the beach; or another who lost his arm in an accident, and despite being offered a new position with light duty, claimed he was unable to perform any work with just one arm. âI caught him putting siding on his house with his other arm, a ladder and a pneumatic gun,â McNelis says.

There are some career claimants, who file multiple claims throughout the years with different companies. They will use a P.O. Box as an address or maybe a relativeâs address to make themselves harder to find, McNelis says, but the lie always catches up to them.

âItâs such a clichÃ©,â he says. âThey donât ever think theyâre going to get caught, like theyâre impervious to it, even though theyâre warned by their attorneys to look out for suspicious vehicles they donât recognize on their streets.â

But when a car parks outside your house at 6 a.m. or earlier, the chances of being noticed are slim.

âItâs sad because people complain about their insurance being so high. I bet if you really think hard, you know someone who has made money in a lawsuit,â says Smith, who helped uncover the case of a man in Louisiana who staged his death, with his wife claiming the insurance benefit, and then moved to Princeton under a fake name.

Though insurance fraud is prominent, there is a wide variety of cases out there. Michael Riggs, of Riggs Investigative Services in Sewell, recently did an executive protection detail at a local cemetery for a Jewish unveiling of the stone ritual, protecting a family against an estranged husband.

âWhile Iâm sitting here, Iâm getting text messages,â a momentarily distracted Riggs says as he looks at his phone. âI have a GPS on a womanâs car. Itâs a child custody case and sheâs asking if I can get her updates.â

Custody disputes have led Riggs into the seediest sections of CamdenââI think youâd be surprised by what people get involved in. If you want custody of your child, you shouldnât be buying drugs in Camdenââor in one case, to a hotel room in Marlton where he discovered a manâs ex-wife was a different kind of working woman.

And though Riggs has a permit to carry a weaponâheâs a retired state police detectiveâmuch of his time is also spent doing employee background checks for companies in South Jersey and beyond.

Needless to say, these investigators have learned a lot about human nature through their line of work and their long hours out in the field, sometimes spending eight to nine hours waiting outside someoneâs homeâthe way common sense goes out the window, the brazenness that takes over with greed.

But it turns out, the little things put human behavior under the microscope as well.

âYou know what I always find fun with this job?â McNelis says. âItâs not always necessarily watching the claimant; itâs watching all the neighbors and what everybody does. The theater that goes on outside of your claimantâs house is incredibleâneighbors let their dogs poop or pee on neighborsâ things; people kicking over other peopleâs trashcans; Iâve seen accidents where people leave the scene; Iâve seen drug deals. ... It doesnât look good on a day-to-day basis when youâre out there.â