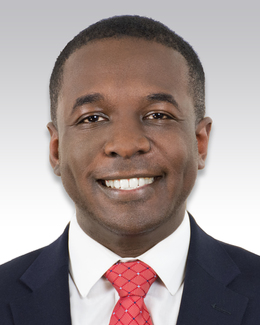 The Big Time
Thanks to hard work, the support of family and friends, and a strong belief in himself, Max McGee made his way from waiting tables in Cherry Hill to anchoring SportsCenter on ESPN.

It wasn’t that long ago that Max McGee was down on his luck, feeling sorry for himself and at the point where he felt like giving up on his dream of working in television as a sports journalist.

The Cherry Hill native had dropped out of Camden County College because of poor grades and was working at the former Famous Dave’s barbecue restaurant along Route 70, wondering if his future would ever be as bright as he had imagined. After doing some serious soul searching and receiving encouragement from his family and friends, McGee found himself back at school, taking a class or two each semester in order to better focus on his academics and inch closer to his dream.

Eventually, McGee would end up at Temple University and 14 months after graduation he got his break in the industry—a job at a TV station in Lake Charles, Louisiana, that paid $14 an hour. One may ask why anyone would leave Cherry Hill and travel 1,400 miles for a minimally paying job. To that end, McGee has a matter-of-fact response: “You gotta jump, you gotta take a chance and believe in yourself.”

Turns out that jump was exactly what he needed to kickstart his career. After winning an AP award for best sportscast for his work in at KPLC-TV in Lake Charles, McGee ventured to a station in Myrtle Beach before ending up at WJZ, a CBS affiliate in Baltimore, where he spent the past two years.

Looking to take the next step in his journey, McGee decided to jump once again and this time his leap of faith paid off in a major way. Last October, McGee boldly sent a LinkedIn message to Rob King, senior vice president and editor-at-large for content at ESPN, and asked if he could audition for SportsCenter.

“I didn’t want to ask for a job, because everyone asks top executives for a job,” McGee recalls. “My thought process was, let me show you what I can do and if it’s not good enough, it’s not good enough. But I felt with the work I’ve put in the past five-to-six years, I thought I was ready for the opportunity.”

King responded to the inquiry only to refer McGee to someone else at the network who would mull over the request. After about a month of relative silence, McGee found himself in midtown-Manhattan ready for another audition, this one with CBS in New York. Then the phone rang. “I got a call from an 860 area code on my phone and I thought it was telemarketer,” he says.

Turns out, this was no spam call, but rather someone from ESPN who wanted to offer him that coveted audition. For someone who envisioned being on SportsCenter since he was a young boy and played sports all his life, including both baseball and football while attending Cherry Hill East, he could barely contain his elation.

On Dec. 8, he made his way onto ESPN’s Bristol, Connecticut, campus and impressed during his executive interview and on-camera test. Less than a week later, he signed a multi-year contract with the network as its newest SportsCenter anchor, bringing a lifelong dream to fruition.

“It just felt right. … I left Bristol thinking there’s no way they can hire somebody else,” McGee says. “When I finally got that phone call from my agent, it definitely was a surreal moment. I’m just fortunate and it’s been a dream come true and a testament to all the work my family has done for me throughout the years in getting me prepared for this moment.”

As McGee begins his new gig at ESPN, he took time to speak to us about his drive to succeed, his fondest Philly sports memories and why South Jersey will always be home.

When you decided to contact Rob King at ESPN, you kind of put yourself out there to see what would come of it. So, when you did get the call to audition, were you in a little bit of shock that your tactic worked?

Yeah, actually. You don’t really hear many stories of people shooting their shot on a LinkedIn message and having it actually work. It did surprise me.

But I was always taught by my dad, if you want something done right, you have to do it yourself. And that’s no disrespect to my agent or any other representative that I may have. But if I can’t do it myself, I really want no parts of it.

I was extremely fortunate to have him read that message; but after that, it was up to me put the work in and get ready because I wasn’t going to go up there and flop.

Let’s talk about South Jersey for a little bit. You went to Cherry Hill East and played football and baseball. What do you remember most about those days?

I played football until my sophomore year and played baseball all four years. Those were the best years of my life, playing organized sports. I really miss that. I knew once I hung up the cleats for good, I really wouldn’t get that same feeling of camaraderie from being in the locker room or being in the dugout with your team.

You also got involved in a TV club in high school, was that sort of the spark that lit the flame for you?

Yeah, it was. A late softball coach at Cherry Hill East, Charlie Musumeci, came up to me after school one day and said, “I think you can do TV, why don’t you come over to the library and join the sports debate show.” It was just three or four other guys and we would rotate every day and it aired on the educational access channel. We really didn’t know what we were doing, but for me, it was my start getting on camera and talking without a script and really just trying to emulate what we saw on ESPN. We were just talking as kids and no one was really watching except for my parents.

But it was something that was big for me personally, that someone believed in me enough to give me a shot and I never forgot [Musumeci] after that. TV was always something I wanted to do. I always wanted to be a professional athlete first, but I knew if I couldn’t play sports, I wanted to talk about them for a living. Charlie Musumeci really started it all and gave me a great opportunity. I was in the sports debate club and then the journalism club and it opened my eyes to what my career could actually be.

I didn’t know that I’d be at ESPN at 31, there was no way. But it was always a goal of mine since I was 7 or 8 years old, to be on SportsCenter and be at ESPN. If it wasn’t for Musumeci, who knows where I would have been. I know I would have been successful in some other field, but to get that TV start was exactly what I needed.

You say working at Famous Dave’s and The Capital Grille really helped you focus on the bigger picture. Can you explain?

I worked at Famous Dave’s from July 2008 until 2015 and then I worked at The Capital Grille for a year. I just needed some cash when I was starting out as a kid. I didn’t know I was going to work at Famous Dave’s for seven years, but that was kind of my identity, being a restaurant server.

I had a great time and met a lot of great people who I still consider lifelong friends. It was huge for my life at the time; I’m very grateful for both of those opportunities because they really helped me get to Temple University and helped me forge and solidify what I actually wanted to. Those jobs helped me get focused, in other words. I knew I didn’t want to be a restaurant server for 30 years because that’s a grind. Those people who do it for years and years are special types of people.

Do you get back to the area often?

Absolutely, Cherry Hill will always be home for me. I’m in New Jersey pretty often. I try and keep a low profile when I do go back and hang tight with my family and friends. But I still go to the same restaurants, I still go to all the athletic events I can.

And you’re a big Philly sports fan. What are some of your fonder memories going to games as a kid?

I remember going to games at The Vet and every time I would walk through the turnstile, you could smell the popcorn. You can hear the people in the distance cursing out a Mets fan; that was always fun.

But when you see the actual Phillies logo on the field, it kind of lights your eyes up as a kid, and it still does as a 31-year-old man. Sports was always such a huge part in my life. Whenever I would go to a game and see a professional athlete, those were my heroes. Pat Burrell, Jimmy Rollins, Chase Utley, Ryan Howard, Allen Iverson—even the random players you remember like Matt Harpring or Todd MacCulloch. It’s all special and I’ve been to professional venues in different cities, but there’s nothing like Philly. I can’t describe it and maybe it’s me being a homer, but I love going to these games because it’s a different kind of vibe.

The news station you just left in Baltimore has quite the South Jersey connection, it turns out.

I played high school football against one of their main anchors, Rick Ritter, who grew up in Marlton. One of the other anchors, Sean Streicher, he grew up in the neighborhood directly next to mine. We were separated by a community pool, the Woodstream Swim Club, and because of that he went to Cherokee and I went to East and we never met each other. Their executive producer, Miranda Villei-Stepp, is from Washington Township. A photographer, Eric Dolezar, he’s from Shamong. It’s just kind of strange that all of us have this in common.

You are quick to credit your family with helping you reach this point in your career. How important has that support system been for you?

My mom, Sharon, and my dad, Tom, both grew up in Camden and gave me every opportunity to succeed, and they still do. This does not happen without them and I owe them everything. I have a great support system at home and a village around me—extended family and friends from Cherry Hill to Camden to Voorhees all the way up to North Jersey. I can’t take all the credit, it’s a great testament to all their hard work over the years.

What do you hope viewers, both those who know you and those who will be introduced to you for the first time, take away whenever you’re on the air? How do you look to connect with an audience?