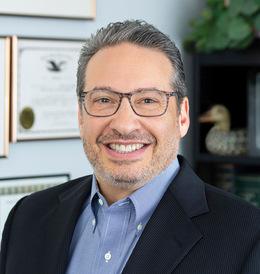 A Fresh Start
With the help of bankruptcy attorney Joel Spivack, clients overwhelmed by debt can get their lives in order.

With more than three decades of experience as a consumer bankruptcy attorney, Joel Spivack has heard all of the common misconceptions about his area of law more times than he cares to remember. As the prevailing thought goes, those who file for bankruptcy are normally “shopaholics” and “reckless spenders” who rack up outrageous credit card bills or lavishly buy homes and cars they cannot afford. The truth is, however, that Spivack has rarely represented a client who fits that description.

“Usually people don’t file for bankruptcy because they went to the mall too much and just indiscriminately shopped,” he says. “Most people fall into bankruptcy because traumatic things happen in their lives: They get divorced, a family member gets sick or they’ve made bad financial decisions. There can be many things that happen to you that put you behind and there shouldn’t be a stigma. Bankruptcy law is there to help people who have difficulty getting back on track. That’s why they call it a fresh start.”

Throughout his distinguished career, Spivack has taken pride in delivering what he compares to a mulligan in golf—essentially a do-over—for South Jersey residents who have become overwhelmed by their financial situations. He guides clients during a chaotic time in their lives and helps them make sound decisions to move forward while reducing or eliminating debt.

An attorney since 1990 and a solo practitioner since he founded the Law Office of Joel R. Spivack in 1995, he also focuses on residential real estate law and wills.

“When I was in law school, I took some bankruptcy classes and I found the subject to be very interesting,” he says. “I also found that it was an opportunity to really help people, and that’s one of the reasons I went to law school in the first place. Real estate often goes hand in hand with bankruptcy, so I found myself dealing with people who were in foreclosure, and that got me interested in helping people with real estate issues as well.”

When it comes to bankruptcy, a common mistake Spivack sees is people waiting too long before deciding to take action and seeking the advice of an attorney. The sooner someone makes either an in-person or virtual appointment with him to discuss their options, the better chance they have of saving their home from being sold in a sheriff’s sale, their car from being repossessed or having their wages garnished.

His approach in the initial consultation is to be honest and upfront about the client’s case. Whereas other attorneys may just tell prospective clients what they want to hear, Spivack sees that as unproductive.

“That just reinforces your biases and doesn’t really help you,” he explains. “I want to give clients as much information as possible, not just false hope. By knowing all of the facts, knowing the law and what can and cannot be done, they can make informed decisions.”

In many cases, filing for Chapter 7 or Chapter 13 bankruptcy may make the most sense to protect the clients’ interests, but there are certain qualifications that must be met for each. Spivack can determine if bankruptcy is the best solution or whether an alternative is more suitable, such as working with creditors on a settlement stipulation, payment plan or loan modification.

“The way I work is I look at all potential avenues,” he says. “There are a lot of factors to consider so I always tell people that we have to review all of the options. Bankruptcy isn’t always the best way, but many times it is.”

Since the pandemic began, Spivack says, bankruptcy filings actually have been declining across the country and in New Jersey due to moratoriums on foreclosures and evictions, enhanced unemployment benefits, loan forbearances, etc. With most of those plans coming to an end, he envisions a sharp uptick in the next year or two.

Real estate, on the other hand, has been at the other extreme, with limited inventory and historically low interest rates leading to a red-hot sellers’ market. Spivack, who represents both buyers and sellers, is quick to point out that an attorney is not needed in every transaction, but there may be complex cases that go beyond a realtor’s expertise.

“A lawyer can help with contract preparation and review, negotiating any changes to the contract, handling issues that come up regarding inspections and repairs, resolving any conflicts with title issues, and just various disputes that come up between buyers and sellers when the transaction is going on,” he says.

His practice also specializes in wills, powers of attorney and medical directives, but bankruptcy continues to be the main focus. Navigating a client through the obstacles and giving them peace of mind at the end of the process never grows old, even after 31 years in the field.

“They’re always very grateful,” he says. “Just a couple of weeks ago, I heard from a client who I represented four or five years ago in a bankruptcy, and she has since moved to Florida. She told me about how much her life has improved and how she’s doing so much better financially, which has helped emotionally and in her family life because of the stress we were able to relieve. I love hearing those kinds of stories.”