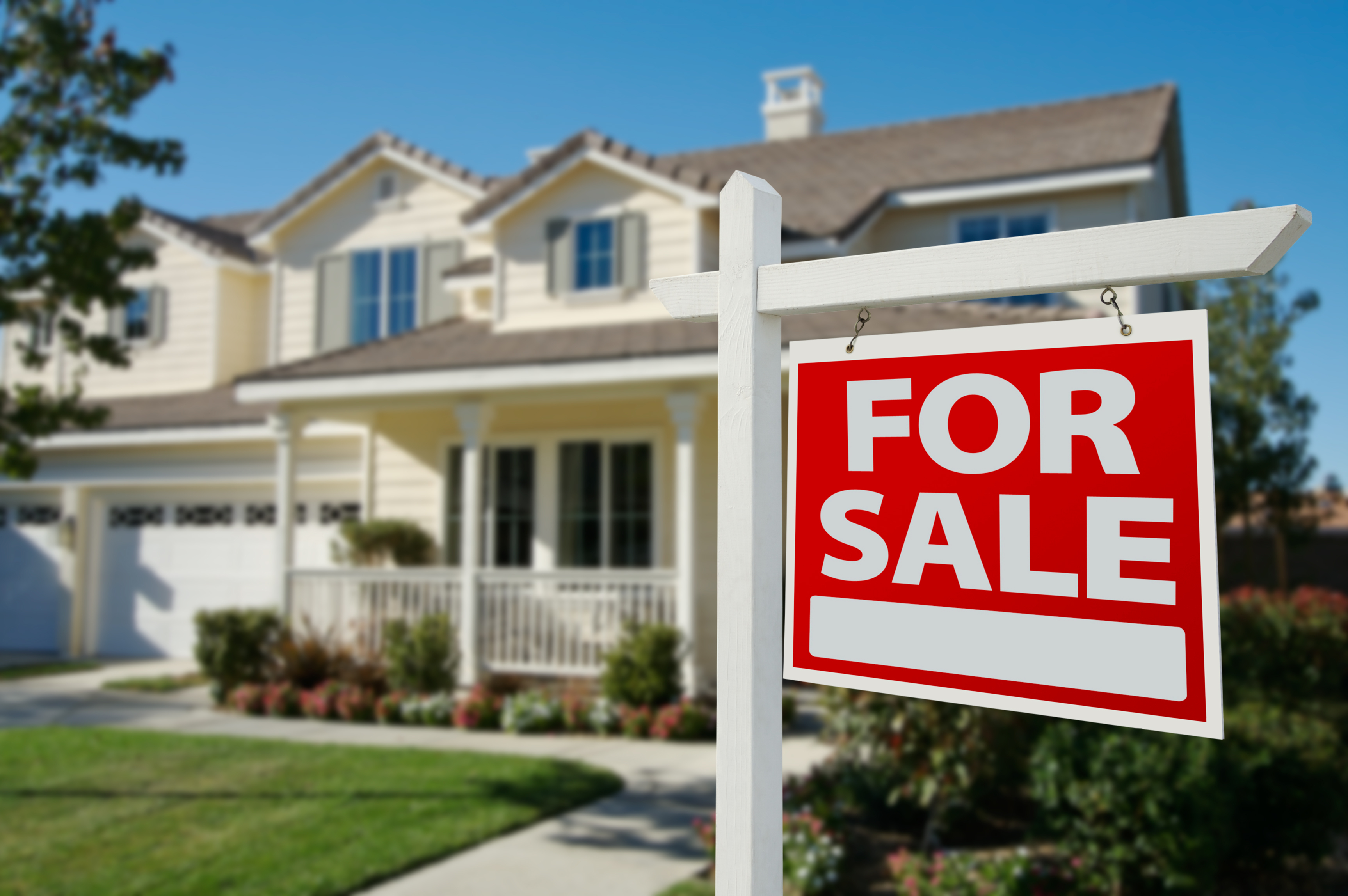 The housing market in South Jersey is hotter than ever. Throughout the pandemic, former city dwellers headed south in such record numbers that local agents have revamped how they market themselves in an effort to better appeal to and educate regional newcomers hailing from the likes of New York City, North Jersey and even Philadelphia.

It’s not just a desire to escape the close confines of urban living as COVID tore through densely populated communities. The lower taxes, considerable increase in living space and property, and no longer feeling tethered to a physical job site as many shift to permanent remote work contributed to property across South Jersey getting gobbled up in record time—and with record-high price tags.

But how long can it last? What will it look like once COVID finally abates and things settle into whatever the post-pandemic “new normal” will be? And does a harsh reality await those whose proactivity ultimately left them in a vulnerable position, much like the housing bubble of the ‘00s?

“There is no bubble to burst. This is not a 2005 market: This is not mortgage lenders lending to anybody who walks through their door,” says Robert White, president-elect of the statewide industry educational and outreach association New Jersey Realtors. White says a key difference is that the current buyer pool is flush with qualified individuals. “Appraisers are doing a fabulous job of hearing the whole story of the purchase and not just allowing buyers to come in and pay 20, 30, 40, 50 thousand dollars over the list price, so that’s the saving grace there,” he says.

Nancy Kowalik of Nancy Kowalik Real Estate Group got her start in real estate in that mid-2000s market and sees marked differences, too.

“I have never seen the market as robust as it has been this past year,” she confirms. But with sellers dazzled by bids that do often ascend well above their asking price and buyers discouraged by how many offers they have to make, expectations have to be managed like never before. “Inventory is very tough to come by. And realtors have to be mentally tougher to be prepared for that bidding war. You have to be good at having difficult conversations: If you have a client that says, ‘I don’t want a bidding war,’ you have to be able to say that maybe this isn’t the market for them, maybe they need to wait a couple of years.”

While there is an influx of buyers flocking to South Jersey for the first time, not many Garden Staters are looking to drastically relocate, which contributes to the inventory shortage driving up both asking prices and offers. It’s a market with pitfalls and dangers all its own.

“It’s gotten to the point that some sellers think they can put any price on a house and it’s going to sell,” explains Anne Koons, a realtor serving the South Jersey market with Berkshire Hathaway Homeservices Fox and Roach. “There’s not a lot of inventory at any level because people don’t always know where they’re going. They’re afraid to put their house up because if it should sell, they have no place to go. So it kind of compounds the issue of the inventory.”

“The inventory shortage and the abundance of buyers, that’s a big challenge,” agrees Gina Romano of Romano Realty, a lifelong South Jersey resident and a realtor since 2004. “Our buyers who need to downsize have nowhere to go and people aren’t willing to sell their bigger houses yet, even though they could probably sell them for more than they ever thought they’d get. So we’re kind of in a stalemate position until people start to sell.”

Sellers among the migration from South Jersey to states like South Carolina, Texas and Florida account for a significantly smaller slice of people relocating during the pandemic.

But White believes autumn will tell a different story, as well as offer a fresh crop of residences.

“Not many people are running from New Jersey—it’s still a great place to live—so if more people were leaving, we’d have more inventory hitting the market,” he says. “We’re just coming out of a pandemic … so if people don’t need to move away immediately, they’ve been waiting. I think as we enter that fall cycle, we will see an uptick there.”

While many residential real estate professionals joke about how much easier a crystal ball would make their lives, there are some signs offering some insight into the future of the housing market.

“I think we’re going to be in this market for about 18 to 24 months,” says Romano. “I’m preparing my team and brokerage to be here for a while, so get used to it. The market is being driven by things other than what we saw in that ‘07, ‘08 market crash. We’re not expecting to see interest rates go crazy high, so that’ll keep people buying.”

“I think it’s going to take a while for this market to slow down,” Koons offers. “As long as the Fed keeps rates low, it’s going to hold. Once they start to raise the rates, particularly on the lower end under $500,000, you will have some people drop out because they just can’t afford the mortgage.”

“There’s still this pent-up demand,” explains Kowalik. “There are still the buyers that are stepping up into bigger homes, the first-time homebuyers who were having a harder time in this market because they don’t have the resources to be more competitively positioned.”

White also believes the current housing market is here to stay for quite some time, fueled by those waves of homeowners and families still looking to move. He feels that once things begin to settle, it will be for the better.

“In terms of the market, I believe we’re going to see this through the remainder of 2021 and far into 2022,” he says. “When it’s a more normalized market, it’s going to help everybody. It’s going to create more inventory for new buyers and move-up buyers and downsizing buyers, giving them the ability to find a home and for first-time homebuyers to finally get the dream of homeownership.”

“For those buyers who have purchased during this current market, they’re not going to go upside down, even though they may have paid 40 or 50 thousand dollars over,” he continues. “As those costs continue to enter our MLS [Multiple Listing Service] history, then they create the new comparables,” he explains. “So prices will increase but they’re not going to increase 100% because those properties aren’t appraised every time someone’s willing to pay $50,000 over the suggested price.”

Romano speculates that homes have finally price-adjusted after taking a valuation hit from the early millennium’s housing crash, meaning that new homeowners might not have to fear a drastic drop in their investments’ worth.

“It took so long for these houses to get their value back,” she says. “Once it corrects itself, you might not gain a lot of value but you won’t lose as much as the market did last time.”

As for a harsh slap from reality, professionals foresee that mostly if a buyer forgoes the measures meant to prevent a huge investment from becoming an even bigger mistake. They strongly discourage buyers from sweetening their offers by voluntarily bypassing home inspections and appraisals.

“That’s bad all the way around,” adds White. “The realtor professional who told them to do that is the first person a buyer is going to come after if the foundation is cracking and falling in after six months.”

For as long as this seller’s market continues to be a buyer’s headache, real estate agents agree that things like cash offers, flexible closing dates and making compromises that are less risky than buying a house that hasn’t been professionally assessed are all better ways to land a home in a competitive market that won’t lead to costly examples of buyer’s remorse.

And they agree that seeking the assistance of a reputable, knowledgeable real estate professional remains the best way to navigate a tricky market unscathed.

“Find a professional that knows your market and trust them—but verify they’re the right person for you, don’t be deterred from asking them questions,” says Kowalik. “If you’re working with the right person who can give you the answers you need, who you can have a tough conversation with and you believe in them, I think that’s the most important thing.”