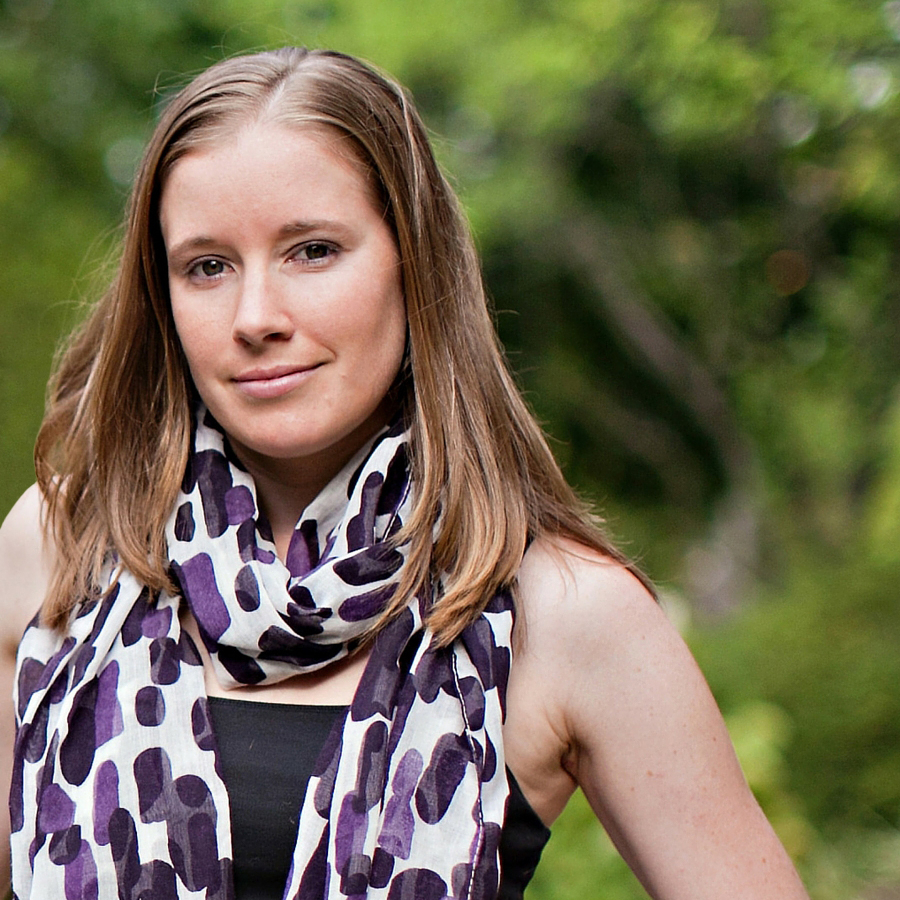 “Choose a job you love and you will never have to work a day in your life.”

Jenni L. Walsh can certainly relate to this truism. She spends her days—and, more often, her nights—in the glow of her computer, dreaming up vivid characters and the tribulations those characters need to grow, learn, and change the world around them.

Walsh, who lives across the river in Yardley, Pennsylvania, once enjoyed a fruitful career as a copywriter in New York and wrote fiction in her spare time. Now she writes novels for a living. Her specialty: historical fiction starring strong female protagonists. In recent years, for example, her novels Side by Side and Becoming Bonnie delved into the largely untold story of Bonnie Parker, of the infamous tandem Bonnie and Clyde.

She wrote her latest book, I Am Defiance, about a young girl trying to find her way in Adolf Hitler’s Germany, specifically for middle-grade readers. We spoke with Walsh about her new novel, the kinds of stories that interest her, and the importance of remembering our past.

I Am Defiance is about a young girl named Brigitte who comes of age in Nazi Germany. What did you like about this character—this girl who has to deal with big concepts like truth and freedom and hatred, when most kids are just trying to figure out who they are and who they want to be?
Brigitte is only 12 at the outset of the novel. She grew up in Nazi Germany, but she lived a very sheltered existence. She was three when Adolf Hitler came to power, five when Hitler defied the Treaty of Versailles and rearmed Germany, and eight during the “Night of Broken Glass,” when so many Jewish men were taken out of where she lived in Munich. There were probably 5,000 Jewish people in Munich in total, so even when she was walking down the street, she was not seeing any Jewish people to begin with. Even when she goes to the League of German Girls meetings, she goes for the social aspect, not because she believes in what it stands for. She’s almost living in this bubble, even as she’s surrounded by all this hate and wrongdoing and persecution.

Her eyes are slowly opened. Her sister [Angelika] contracts polio, which the family tries to hide. Then the family receives leaflets from a resistance group called the White Rose, which could endanger the family because, at this time, anyone who received these leaflets could be considered sympathetic [to the resistance]. It’s hard for her to learn about the resistance and the terrible things her country has done when she’s been living in this sheltered bubble. She begins to learn that everything she has been taught was completely false.

Kids today can relate to that. As we get to middle school, our bubbles start to expand. Even as Brigitte’s eyes are opening and her bubble is bursting, it’s great for her to have an older sister and dad to help educate her in things like kindness and taking a stand.

The book has some compelling and visceral passages. There’s the scene when Brigitte hears that 300,000 Jews in Poland have been killed and some of her classmates actually smile when they hear this; others call it a lie. Why is it important for young minds to read stories like this?
It’s important for today’s kids to see other children their age being kind to people who aren’t like them and who others may be putting down. The Holocaust is a very elevated situation compared to what kids experience today. The fact that Brigitte makes positive choices to help other people, it’s important for kids to see that. I hope her choices inspire others to do the same.

The White Rose was a real-life resistance group composed primarily of students. One student, Sophie Scholl, led the movement. She was very young, so I think it’s very inspiring for children to see other kids not much older than themselves making a big difference in the world. Sophie sacrificed a lot for the White Rose, including her life.

In your author’s note you reference a number of books you consulted, particularly about the White Rose. Tell us about the research, and how close your story comes to true events.
I tried to stay as accurate as possible, right down to sending out the [resistance] leaflets to the exact day. With the details of the bombings and other events, I wanted to be as accurate as possible there, too. There were some spots where I took liberties, and the main reason was that I wanted Brigitte, as the protagonist, to drive the story. I wanted to have her and her sister in the position of doctoring the final leaflet and distributing it outside of Munich. There are heroes in this story.

You also wrote about the Second World War in Hettie and the London Blitz: A World War II Survival Story. Do you have a particular interest in this time in world history?
I am interested in a lot of history in general. My husband is a history buff, too, so we have that in common. I find World War II to be endlessly interesting. We question how something like the Holocaust could ever happen, and it makes us question if it could ever happen again. It’s one reason we need these kinds of books, to shine a spotlight on our past; the next generation can’t imagine that such bad things happened and doesn’t think it is possible to repeat. Jewish people [during the Holocaust] were compared to fleas and called subhuman. I told my daughter about this and she was baffled. When you put labels on people, it starts to become problematic.

Your novels are rooted in historical fiction—particularly women and girls in historical fiction. Bonnie Parker from the infamous tandem Bonnie and Clyde is one example. Why do you want to tell these kinds of stories?
I am definitely interested in women who haven’t yet had a strong voice. We’ve heard Bonnie’s story before—the film, the miniseries—but it’s always told from the perspective of Clyde; she always gets lumped in with him. Her story that we’ve been told is so far from real life. I almost wanted to right the wrongs that have been said about her, not that she was an innocent. She made some terrible decisions, but there are also things about her that haven’t been accurately portrayed. I hope my enthusiasm for these stories comes across the page.

What does it take to write the genre well?
A passion for the project. There’s so much research and understanding and nuance that go into creating historical fiction. You have to get the facts right, or at least tell them in a way that’s compelling to the story, and hope people forgive you if any parts of the story are off base.

What led you down the path to writing full time?
I have two young children, now ages seven and five, and it was too much to do a 40-hour workweek of copywriting and taking care of the children. I enjoy telling stories, and I love the freedom. I’m happiest when I’m sitting down at the computer and doing what I love. When it comes to children and novel writing, I do not write unless they are sleeping; normally I work at night when everyone is asleep. My daughter jokes that I’m a vampire.

I Am Defiance is less than a month old, but I imagine you’re already well into another project or two.
My next adult release is in June [A Betting Woman: A Novel of Madame Mustache], and I’m very excited about it. It’s another historical figure, a woman who has been under-represented who was given the nickname of Madame Mustache. The story is kind of how that nickname came to be, which was sort of a slur because she had a line of hair on her upper lip. Her name was Eleanor Dumont, born as Simone Jules, and she’s considered the mother of blackjack. The story chronicles her life, her ups and downs, and how she paved her way in a man’s world. If you look up the name Eleanor Dumont, the first thing you see is Madame Mustache, not her story or her accomplishments. I came upon Eleanor’s story while researching the gold rush, and I kept coming back to Eleanor. It became another passion project of mine.

I also have two more children’s books coming out, both middle grade. One is coming out in November, By the Light of Fireflies, about Sybil Ludington. She was a hero of the Revolutionary War who’s known as the female Paul Revere. She was half his age, traveled three times as far, and she did her midnight ride by herself, whereas Paul Revere had company, but few people have even heard of her. The story has a touch of magical realism. The other [book] hasn’t been announced yet, but it’s a story about a young girl in East Berlin who’s forced to become a Cold War spy.

Have you spent much time focusing on the history of the Philadelphia area?
I have a long list of stories that I would love to tell that are set in Philadelphia. I find it very intriguing that Philadelphia has the very first zoo, and I would love to research that and turn it into a story someday. I don’t have the idea yet, and I’m waiting for it to form in my head and it demands to be told. I can’t write a story until it demands that I tell it.