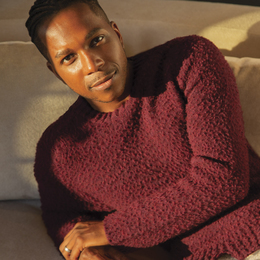 Whole Hearted
Leslie Odom Jr. followed the lessons he learned in Philadelphia to Hamilton, One Night in Miami, and other heights he could never have imagined.