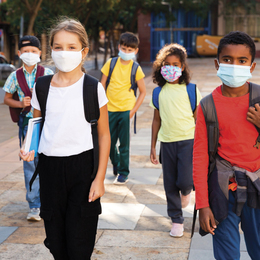 Lessons Learned
One year after the pandemic shut down schools, educators and families reflect on the ways theyâve had to adapt and the struggles theyâve overcome. With vaccines getting into more arms, could the next school year be normal?

*Name has been changed to protect their identity