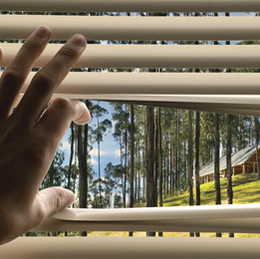 
by Danielle Burrows
In South Jerseyâs era of suburban isolation, no oneâs as far away as the people living next to you.

In 1998, Nina DâOrazio introduced herself to her newly arrived next-door neighbors. She got as far as asking their names and whether they had children before picking up on their monosyllabic social cues.

âI quickly wrapped it up with, âOK, well, if you need anything, let me know.ââ

That three-minute exchange, more than a decade ago, was the longest conversation the Washington Township neighbors have had to date.

âIt was the weirdest thing. They just had no interest in meeting me,â remembers DâOra?zio, (not her real name; she doesnât want to risk making matters worse). It came as a shock to the South Philadelphia native who grew up in a neighborhood where âeverybody knew your business, whether you liked it or not.â And while the mother of two grown children hardly yearns for the often-involuntary intimacy of the South Philly of her youth, she wouldnât mind some basic camaraderie with the people living yards away.

âIâm not looking for best friends, but Iâd like to know my neighborsâ names,â she says. Waxing nostalgic about the failings of modern-day community might sound about as current as your grandparentsâ memories of walking five miles to school in the snow (uphill both ways, of course). But some sociologists say that our suburban society is undergoing a fundamental shift, of seismic scale. That sea change comes down to the sense that our once-cohesive community is giving way to increased isolation, even in the densest neighborhoods. The consequences that loom in the wake of this shift are unclear.

âThe suburbs are set up to develop an âideal homeâ instead of an âideal community,ââ explains Mark Hutter, professor of sociology at Rowan University. âTheyâre very different from the city, especially from the working-class neighborhoods of places like South Philadelphia, where you have neighbors who are often related to you, and where churches, eateries, barber shops and independent retail stores create a community of involvement.â

Hutterâs theories are backed by personal experience. Born and bred in Brooklyn, he and his wife raised their children in Cherry Hill. Upon becoming empty-nesters, they realized that the sense of community they longed for could be more readily attained in a more pedestrian-friendly town. The couple now make their home in Haddonfield, where they frequently opt to walk instead of drive; that has transformed how they interact with their neighbors and their community at large.

You need to be intentional about creating a community in the suburbs, Hutter says, because the natural state in suburbia, with its privacy fences and its home entertainment systems, is isolation. âMany of us in suburbia drive down the street in our cars, open the garage door as we approach it, unload bags and enter our home without ever having stepped foot outdoors,â he notes.

Sometimes, even stepping outdoors canât break through the invisible barriers that many claim exist today between geographic neighbors. Bruce Braverman, who admits to being the type who talks âto everyone in the grocery store checkout line,â never imagined heâd know so few people in his community. âI know one family in my neighborhood. OK, maybe two,â he says.

Braverman and his wife, Roberta, have lived for 27 years in the Cherry Hill neighborhood where they raised three children. Back in the early 1980s, they chose the house largely for its proximity to the swim club and elementary school where their kids could (and did) meet friends.

Today, though, a new crop of neighbors has brought with it a lack of rapport. For this Cherry Hill native and his Northeast Philadelphia-raised wife, both of whom grew up among circles that overlapped socially and geographically, the lack of community feels foreign. âWhen neighbors moved in across the street a few years ago, we made them banana bread,â Roberta remembers. âThey answered the door and accepted it, but we never heard from them again. No âthank you,â no small talk when we see each other. Nothing.â

âYou tend to stop offering such things when you get that kind of response,â Bruce adds.

Could todayâs decline in community closeness be as simple as the ripple effect of such slights? Is it due to the increasing preference for Facebook friends over the real thing? Or is it merely symptomatic of the busyness afflicting the growing number of two-income families? Each of these may be contributing factors, but most experts describe a more complex causation of the phenomenon that political scientist Robert Putman calls âbowling aloneââAmericansâ retreat, since the 1960s, from social, civic and political involvement, into a more insular, self-serving existence.

âIf you buy into this belief, which I do to a large extent,â Hutter says, âthen a natural question is, âWhy?ââ

One potential cause posited by Putnam is the increasingly individualized nature of entertainment, media and technology consumption. But Collingswoodâs Emily Lamboy is betting that same technology could also be part of the solution. When she and her husband, Mark, were deciding where to buy a home three years ago, Collingswood seemed to offer the same brand of connectedness sheâd experienced growing up in nearby Merchantville. âCollingswood has a community vibe thatâs stronger than a lot of towns these days, but itâs not as prevalent as when I grew up in Merchantville,â she says.

As the work-from-home owner of a web marketing company, Lamboy knows firsthand the isolation that new media can bring. So she and her husband decided to dust off the other side of the technologyâs double-edged sword by launching Collingswood Mix, a local social networking website that provides discussion forums and an area for residents to trade services and post notices. âThe web today is the medium that prompts people to meet face-to-face and to interact locally,â Lamboy says.

Despite this seemingly promising concept, the siteâs been slow to take off, she says. âWe havenât gotten the traffic we were hoping for. But we hope people will start to rely on Collingswood Mix,â she adds. Even online, getting people to talk to their neighbors can be a tough sell.

However, there are pockets of South Jersey where Mayberry-style neighborliness lives on. For proof, just take a stroll through Voorheesâ Ashland neighborhood. âAshland really is like the neighborhoods you see represented in old movies, where everyone knows everyone,â says resident April Hale, better known to Ashland kids as Mama Hale.

Hale and her husband, Ed, were, high school sweethearts who both grew up in Ashland. Their neighborhood is as close-knit as it was half a century ago, they insist.

But it wasnât always this way. Friendliness dipped in the years when April and Ed were young newlyweds raising small children. But when developers threatened to build condominiums in a wooded area in Ashland a few years back, residents banded together and successfully fought the proposal, in the process reinvigorating a lost sense of community.

âWorking for that common cause really re-connected us,â she says. âWe started doing things again as a neighborhood, from Halloween events to Christmas caroling to baby showers for moms-to-be. People who donât live in this neighborhood often seem surprised when I tell them how much weâre involved with the people who live nearby.â

In this community, where the bond is already there, an online presence has only made those connections stronger. âOur website has made it easier for us to get word out about events and needs,â Hale says. âWhen a neighbor woke up last year to find his heater had died, my husband sent out an e-mail asking if neighbors could spare portable heaters. Within an hour, there were eight heaters on this neighborâs doorstep!â

Itâs an existence thatâs charming, but not appealing to all. Bruce Braverman, for one, isnât too irked by the changes in his town. âIâm too busy to be nostalgic about what it used to be,â he says.

And DâOrazio can attest that neighborly over-sharing is hardly preferable. âAfter years of telling people too much of your business,â she says, âI think thereâs an urge to want to back off a little.â