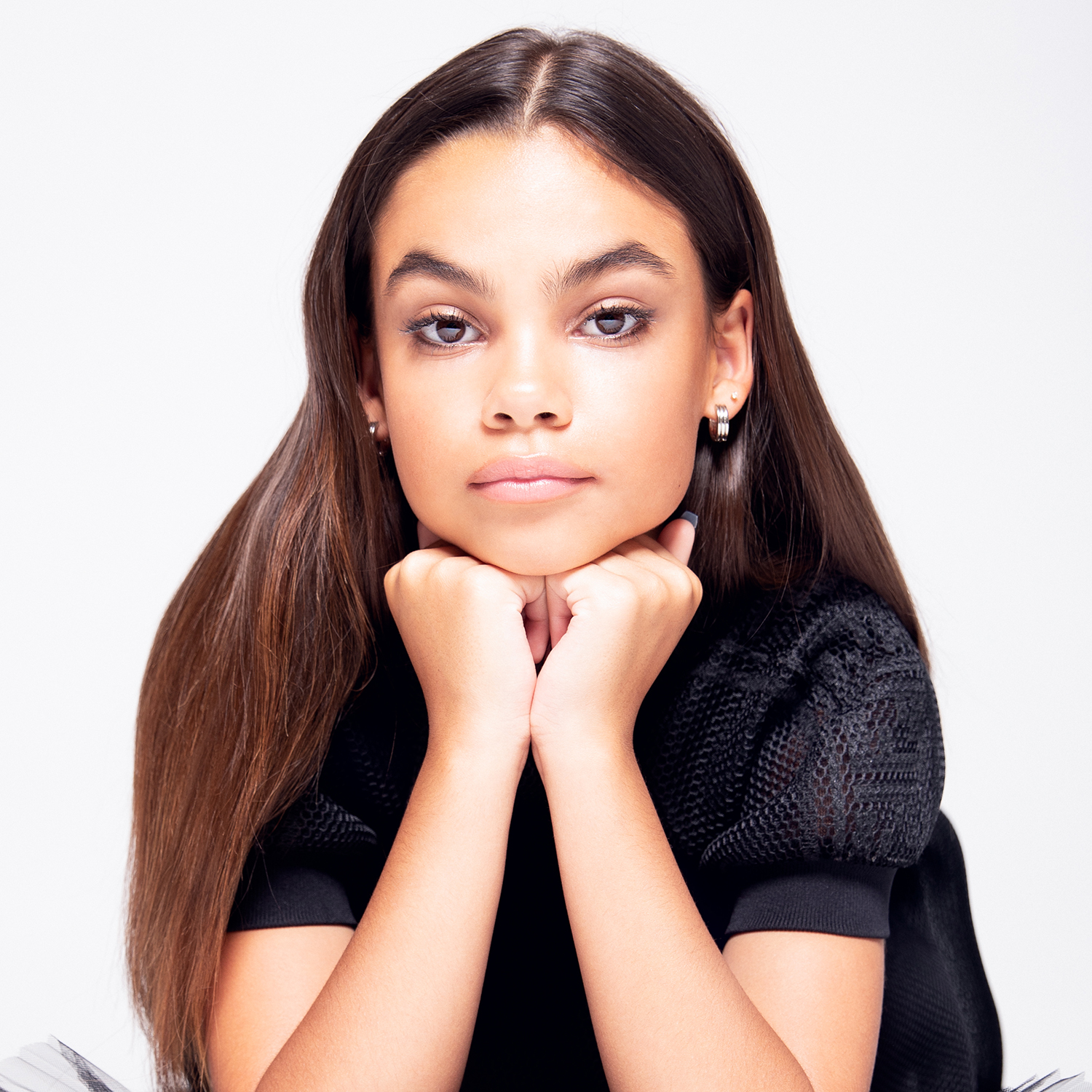 Rising Star
With several highly visible performances hitting the screen this year and next, 13-year-old Ariana Greenblatt is one of young Hollywoodâs most promising performers.


by Brittany Ann Morrisey
Whether she’s on the silver screen performing next to bright-green CGI stand-ins or in the sound booth voicing an animated character, 13-year-old Ariana Greenblatt displays the exuberance of someone who’s really happy to be where she is.
“Everything about acting—I’m so passionate about it,” she says speaking to South Jersey Magazine in a recent phone interview.
In 2019, Ariana, who was born in New York but raised in Florida, was named by The Hollywood Reporter as one of Young Hollywood’s upcoming talents and she’s living up to that forecast with a slew of features debuting this year and next.
In August, she starred in The One and Only Ivan, a film adaptation of the beloved children’s novel by K.A. Applegate. The movie was set for a worldwide theatrical release but, because of the coronavirus pandemic, it was instead distributed on the streaming service Disney+. The family-friendly feature tells the story of an artistic silverback gorilla named Ivan who begins to question his life in captivity. Ariana plays a live-action role alongside actors Bryan Cranston and Ramón Rodríguez. Heavyweights including Sam Rockwell, Angelina Jolie, Danny DeVito and Helen Mirren voice the movie’s CGI animals.
Before The One and Only Ivan, audiences heard Ariana as the voice of young Velma in the animated film Scoob released this past May on video on demand platforms.
Looking ahead, her upcoming projects include the Netflix original sci-fi thriller Awake where she stars alongside Gina Rodriguez and Jennifer Jason Leigh and a small part in the film adaptation of Lin-Manuel Miranda’s Broadway musical In the Heights. But this month you can catch her in the post-apocalyptic romantic comedy Love and Monsters. The movie, which has also foregone a theatrical release because of the pandemic, will be available on Oct. 16 on video on demand platforms.
With all that she has lined up, it’s clear that this Ariana’s star is on the rise. So, on the heels of The One and Only Ivan’s debut, we spoke to her about working with CGI animals, visiting Australia to shoot her latest movie and the person she hopes to be when she grows up.