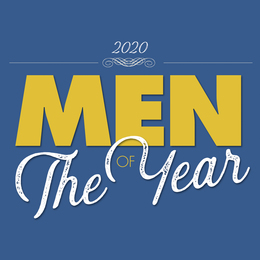 Brett Levin
Levin is the owner and vice president of MHS Lift, Inc., a company founded by his father which he and his brother, Andy, purchased in 2012. Community service is a core value of the company, with a committee dedicated to organizing food and supply collections for local nonprofits. In 2019, Levin and his brother pledged over $200,000 to establish the MHS Lift Scholarship at Rowan University, providing full academic support, complete with books, room and board for undergraduate students at Rowan who are also active members of the Boys & Girls Club of Camden County, an organization both brothers are involved in and have supported over many years. This year, a donation they made to the Ronald McDonald House of Southern New Jersey’s Give 365 Program paid for the cost of two rooms at the Camden House for one year, allowing families to stay worry free while their children receive medical care. Levin was named to the organization’s board of trustees earlier this year. A Medford resident, Levin is a volunteer for the Medford Youth Athletic Association (MYAA) and serves on its fundraising committee for the annual golf outing.

Bob Riesenbach
In March, Riesenbach, a Cherry Hill native and president of CMIT Solutions, committed to sponsoring two dinners for a local hospital and its front-line workers—feeding 50 workers each meal. He soon brought this idea to the CMIT Solutions corporate team who helped him turn this into a systemwide initiative. Riesenbach rallied more than 20 franchisees to donate meals and raise money in their local communities. In total, CMIT Solutions franchisees have donated more than 900 meals to front-line workers and raised more than $3,000 for various organizations.
Angel Santiago
Santiago is an elementary school teacher in Gloucester Township and was recently named the New Jersey State Teacher of the Year, marking the second straight year the title went to a Camden County educator. His passion for public service started when he was a student in the Vineland Public School System, where he became involved with The Gabriel Project, founded by retired Vineland teacher Mark Melamed. Not only did the project help raise funds for children in developing countries to have vital surgery, but it showed Santiago how service impacts a community and he became vice president from 2014-2016. His involvement continues to this day. Santiago has been instrumental in a group of fourth- and fifth-grade students called Young People of Character, which brings together students from all walks of life to serve their communities by participating in writing letters to veterans, cleaning up school property for Earth Day or volunteering. Santiago’s ability to build firm relationships with students, colleagues and the surrounding communities has contributed to his recognition and he looks forward to sharing these strengths with the entire state.

Cantor Scott Borsky
Founder of Cantor Scott’s Animal Rescue Center and a police chaplain for the Voorhees Police Department, Borsky is also a member of the Camden County Task Force. During the pandemic, Borsky has been in charge of answering all referrals to families and individuals needing pet food due to stay-at-home regulations, illness or unemployment, and each day he delivers pet food all over Camden County to residents. He has also rescued indoor and outdoor cats that have been left behind by individuals no longer able to care for them due to symptoms of COVID, unemployment or other illnesses. His animal rescue center currently feeds and provides shelter and medical care for nearly 200 cats daily. As a hospital chaplain for several South Jersey hospitals, Borsky’s responsibilities have expanded to providing care in person and virtually during the pandemic. Additionally, he runs an organization called Synagogue Without Walls, and the charity has given financial and material support to families in need, including clothing, food, school supplies, education expenses, free religious schooling and veterinary bills.