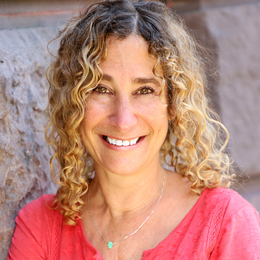 
by South Jersey Magazine
Diana Lambert
Lambert recently became one of only 22 teachers in the nation to receive the Fulbright Distinguished Award in Teaching Research. The Fulbright program sends teachers abroad to conduct research and engage in professional development and Lambert will travel to Jerusalem in February to spend four months studying immigrant education practices. The Haddonfield resident began her teaching career 13 years ago at Camden County College and for the last eight years she’s taught in Trenton, most recently at Ninth Grade Academy.
Megan Wu
Wu, of Moorestown, was recently presented with the Robert Risnychok Past Presidents Memorial Scholarship by the New Jersey Chapter of the Associated Builders and Contractors. The scholarship is presented to a student who achieves academic excellence while also contributing to the success of their school and community. Wu graduated from Moorestown High School last June and is currently enrolled as a freshman at the University of California, San Diego where she plans on using the $3,000 scholarship in her pursuit of a neurobiology degree.
Nilay Yadav
Yadav, a senior at Shawnee High School, was recently named a National Merit Semifinalist in the 2021 National Merit Scholarship Program. To become a semifinalist, you must place in top 1% of more than 1.5 million students who took last year’s Prelimary SAT’s/National Merit Scholarship Qualifying Test. Yadav is one of approximately 16,000 seniors from across the nation competing to become a finalist. In order to be considered for the scholarship, he must fulfill several requirements both academically and in the community.
Rocco Salamone
This 9-year-old from Swedesboro was inspired to help others while enjoying his breakfast. After reading the back of a cereal box and learning that one in seven children suffer from hunger, Salamone decided he wanted to help combat the problem. And so, with the help of family and 15 of his friends, the Hunger Reliever Team was born. Accepting cash donations, the youngster and his peers take the money raised to purchase groceries which they plan on donating to their local food bank in early November.
Jacqueline Grace
Grace has just been named the senior vice president and general manager for Tropicana Atlantic City. With more than 20 years of experience in the financial and gaming industries, she was most recently the vice president and assistant general manager at Caesar Entertainment’s Horseshoe Baltimore property, where she oversaw successful expansion and renovation projects while also introducing several celebrity chef-driven restaurants. Before joining the gaming industry, Grace spent nine years working on Wall Street.
Anthony Di Bartolo
This South Jersey-based percussionist and Rowan professor found a creative outlet to help him cope with the pandemic and the result is his new five-song EP, Whimsical by Nature, which debuts this month. Di Bartolo wrote, recorded and produced the album in his home studio during quarantine. A classically trained percussionist and award-winning composer, he has performed on both local and international stages. Around South Jersey, he’s displayed his talents with the Bay Atlantic Symphony and the Garden State Philharmonic.