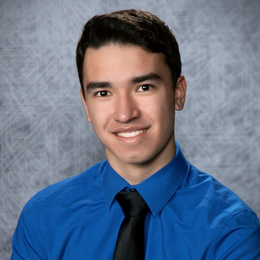 
by South Jersey Magazine
Steven Estacio
This Shawnee student was selected for the prestigious Student Enhancement in Earth and Space Science summer internship program hosted by The University of Texas at Austin’s Center for Space Research. The program is sponsored by NASA’s Texas Space Grant Consortium. As part of his research, Estacio was conducting investigations while working with the COVID-19 Space Exploration for a Better World team in order to educate the public on how to properly assess viral health risks in spacecrafts.
Dr. Justin Smith
Smith has recently taken over as the new superintendent for the Evesham Township School District. The South Jersey native is a long-time educator with decades of experience having taught in classrooms everywhere from Germany to Oregon to Cherokee High School where he would eventually become vice principal. A graduate of Cherry Hill High School West, Smith most recently served as assistant superintendent for Cherry Hill Public Schools.
Fabiana Pierre-Louis
This former Cherry Hill attorney is the newest member of the New Jersey Supreme Court and she officially made history by doing so. Pierre-Louis is the first Black female justice in the court’s history and just the third Black justice overall. The Mount Laurel resident is a graduate of Rutgers University-New Brunswick and Rutgers Law School in Camden. After spending nearly a decade as a prosecutor in the U.S. Attorney’s Office for the District of New Jersey, she last worked for local firm Montgomery McCracken.
Amy B. Mansue
After a lengthy national search, Mansue has been named the new president and CEO of Inspira Health. She succeeds John DiAngelo, who retired after spending 20 years with the health care network. “The board and I are confident that Amy is the right person to build on our momentum,” DiAngelo said in a statement. Mansue leaves her most recent position as executive vice president, chief experience officer of RWJBarnabas, the state’s largest academic health care system with more than 34,000 employees and 9,000 physicians.
Gigi Gustin
A Pitman native, Gustin has traded in one start turn into another. After capturing the grand prize on the Fox reality competition American Grit, Gustin turned the $250,000 she won on the show into an investment into her acting career. After spending the past few years chasing her Hollywood dream, Gustin has started to find her way and can be seen as a regular in the new Amazon Prime comedy, Bulge Bracket, currently airing its first season on Amazon Prime.
Chimere Haskins
This Willingboro resident is the new Mrs. New Jersey America for 2020. The busy mother of two not only owns a local salon, but she also runs a nonprofit organization, Girl Yes, dedicated to helping women business owners grow their companies. With her new title, Haskins is focused on helping female entrepreneurs that have been adversely affected by the COVID-19 pandemic. She hopes to extend her platform by competing in the Mrs. America competition this October.