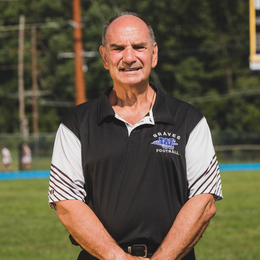 
by South Jersey Magazine
Frank Fucetola
After 24 years as head coach of Williamstown High School’s football team, Fucetola is leaving the sidelines. The highly decorated coach retires after leading the team to three South Jersey championships in 2012, 2018 and 2019 and a state regional championship last season after defeating Cherokee. Before he landed at Williamstown, Fucetola coached at St. Augustine and won a Non-Public 1 state title in 2005 and leaves the game with a 182-99 overall record.
Melissa Orsen
Orsen, a familiar face in the local business world, has just been named president and chief operations officer of South Jersey Gas, a subsidiary of South Jersey Industries (SJI). She first joined the organization in 2018 as senior vice president, general counsel and used her more than 15 years of regulatory agency and leadership experience to help grow the company. In her current role, she will oversee operations while also maintaining her position as senior vice president of SJI.
Doan Tucker
Tucker has been named the Burlington County Woman of the Year for her tremendous community service efforts, chosen for the honor by the county’s Women’s Advisory Council. The Bordentown resident is active in her church and organizes several community outreach programs and she also lends her time to many other causes such as helping homeless and feeding families in need. She also works closely with Joint Base McGuire-Dix-Lakehurst to provide meals for troops and helps them acclimate to living on the base.
Jonathan Holloway
As the 21th president of Rutgers University, Holloway brings decades of experience in higher education to the job. Holloway recently served as provost of Northwestern University and prior to that he was the dean of Yale College and Yale University. On his first day, he acknowledged the difficulties surrounding the COVID-19 pandemic and immediately took a 10 percent pay cut and personally donated $75,000 to a university program that helps economically at-risk students.
Colleen Maguire
Maguire has become the new leader of the New Jersey State Interscholastic Athletic Association (NJSIAA). The Moorestown resident is the first female to hold the position and the ninth top official in the organization’s history. Maguire had previously been the NJSIAA director of finance and also formerly worked for TD Bank in Cherry Hill and Pricewaterhouse Coopers in Washington, D.C. She takes over the job during an uncertain time as high school athletics look to return with the threat of the pandemic still lingering.


Tziarra King
This Sicklerville native started off her career in the National Women’s Soccer League with a bang when she scored her first goal late in regulation of a Challenge Cup match against the Houston Dash. It was the former Winslow Township High School star’s first action with the Utah Royals, who drafted her eighth overall coming out of North Carolina State where she ended her career with the third most goals scored in program history.