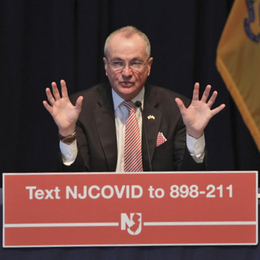 A Work in Progress
Gov. Phil Murphy on his handling of the pandemic thus far and what still needs to be done in order for New Jersey to regain its footing.