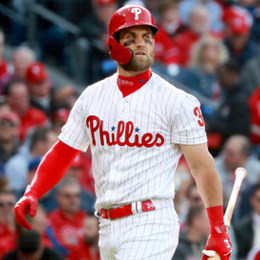 One of Us
After signing with the Phillies last year, Bryce Harper worked quickly to make his presence felt both on and off the field.