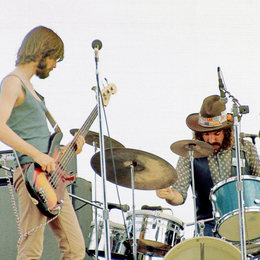 
by Liz Hunter
Perhaps no pop culture topic has been more hotly debated than the birth of rock ‘n’ roll. Who was the first: was it Elvis? Chuck Berry? Bill Haley? Or some more obscure performer who will never get the credit? And where did it happen? Well, if you ask anyone from South Jersey, it happened here.
This area has always been at the forefront of cultural phenomena, and music is no exception, dating back to 1901 with the founding of Victor Talking Machine Co. in Camden. Victor went on to sign Enrico Caruso in 1903, and he went on to be the first person to sell one million records. Artists who joined the label included Bing Crosby, Duke Ellington, Louis Armstrong and Woody Guthrie. RCA purchased Victor in 1929, but in its Camden offices, the likes of Elvis and Frank Sinatra passed through to sign contracts.
After World War II, music in America took a dramatic shift. The big band jazz era was being replaced by something else, but it didn’t quite have a name. It bridged the genres of rhythm and blues and country, led by guitars, bass and drums, and people couldn’t get enough. Fortunately, for those living in and around South Jersey, there were plenty of places to hear this music live, and as you’ll find out, these places influenced the careers of dozens of music’s hottest stars. And there’s no debate about that.
PART ONE

Honorable Mentions
South Jersey’s suburbs have their own place in music history, and we’ve covered a few of them before.
The Boss Plays the Erlton Lounge
In our March 2012 issue, writer Randy Alexander details the meteoric rise of Bruce Springsteen and his South Jersey connections. From his performance at Uncle Al’s Erlton Theatre Lounge in Cherry Hill in August 1973 to the Satellite Lounge in Cookstown in ’74 and two shows at Burlington and Camden County colleges, local kids were witnessing the birth of a rock icon. Later, the album art for Darkness on the Edge of Town and The River were shot at photographer Frank Stefanko’s Haddonfield home.
The Latin Nightclub
Throughout the ’60s and ’70s, the Latin Casino was South Jersey’s hot spot for entertainment. Located in Cherry Hill on Route 70 (where Subaru later stood), the Latin Casino welcomed Frank Sinatra, Dean Martin, Sammy Davis Jr., Jimmy Durante, the Temptations, Liberace, Ella Fitzgerald and more. As detailed in our July 2014 issue in an article by Randy Alexander, it was the place to see and be seen, before it closed in 1978.
The Camden County Music Fair
This outdoor amphitheater hosted musicals, Broadway shows and musical groups, including an under-the-radar performance by Bob Dylan. On Aug. 3, 1963, under a red and yellow tent at the cusp of Haddonfield and Cherry Hill, Joan Baez introduced the practically unknown Dylan to join her for a few duets, a practice that became customary throughout her tour that month.