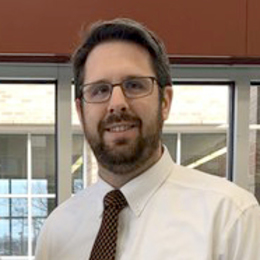 
by South Jersey Magazine
Nathan Knauss
Cherokee High School’s innovative technology education teacher, Knauss was recognized as the 2020 Teacher of the Year. Throughout his 11 years of being an educator, Knauss has formed his instruction into a craft, making sure all of his students reach their highest potential backed by his unwavering support. He has spent his summers conducting robotics education outreach at the University of Pennsylvania where he co-founded STORM Robotics, a nationally recognized FIRST robotics program.

Samantha Coon
Coon, a senior at Lenape Regional High School and cadet battalion commander of Lenape JROTC, was awarded with the Legion of Valor Bronze Cross for Achievement. This high achievement is hard to accomplish at such a young age but Coon has shown excellent dedication and leadership within her role. Throughout the extensive nomination process, the Legion of Valor committee must pick only a handful of students from over 140,000 cadets in the world, and Coon was one of the lucky recipients.

Grace Narducci
A local rising star from Haddonfield, Narducci has taken to the silver screen as a guest star on NBC’s Law and Order: SVU. As a young actress, the 20-year-old started her career performing in theater productions at Haddonfield’s Plays and Players and traveled to New York City on a Greyhound bus to take acting classes. Aside from SVU, she has appeared on Murphy Brown and ABC’s What Would You Do?

Max Fisher
Fisher was named the 2020 Citizen of the Year by Moorestown service clubs for his selfless acts within the community and within his own family. For the past 50 years he has worked at Relief Engine Fire Company 312 where he has responded to more than 50 percent of the department’s calls. Fisher is involved in several organizations such as the Moorestown Ecumenical Neighborhood Development, Inc. Further demonstrating his selflessness, he donated a kidney to his daughter-in-law after discovering he was the perfect match.

Rebecca Berger
Berger, a partner at the family law firm Charny Karpousis Altieri & Donoianm was appointed to the New Jersey Supreme Court State Domestic Violence Working Group. This group will focus on resolving fundamental issues in the area of domestic violence that will be challenging the courts. Berger is also a co-chair of the Burlington County Bar Association-Family Part Section, as well as a member of the state and local bas associations.