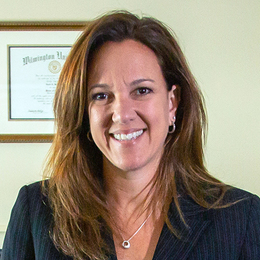 
by South Jersey Magazine
Carol Birnbohm
Birnbohm, the Lenape Regional High School District superintendent, was recently recognized as a role model for girls within the district’s four high schools—Lenape, Seneca, Cherokee and Shawnee. Birnbohm has been the superintendent for seven years and shows pride for her work through encouraging her team to be unique and have different perspectives and mindsets so that they can allow every voice to be heard.

Hanna Shein
As a freshman at Deptford High School, Shein was chosen to perform alongside other talented high school students from across the globe in the 2020 High School Honors Performance Series, taking place at Carnegie Hall in New York City next month. Shein is a part of the marching and concert bands, the wind ensemble and the concert choir.

Judith Harrison
Harrison, a nurse at Jefferson Washington Township Hospital, was one of three nurses from the health care provider to be recognized with the DAISY Foundation award for going above and beyond the call of duty, taking incredible care of their patients and their family members. Ann Reidinger, a registered nurse (RN) specializing in behavioral health at Jefferson Cherry Hill, and Jennifer Roach, RN, ACE Unit at Jefferson Stratford, were also recipients.

Campbell Schwarz
This 13-year-old Voorhees native has spearheaded a significant restoration project for her Bat mitzvah—restoring a 200-year-old Torah that had survived the Holocaust in Europe during World War II. With funds raised from selling bracelets and also the support of Congregation Beth El, Schwarz will restore the lettering and be the first to read from the Torah, which was found and rescued from Czechoslovakia, since it was destroyed.

Morgan Kelly
Four years ago, Kelly experienced her first seizure, but after years of testing and treatments, she is finally seizure free. Kelly was diagnosed with epilepsy, which caused non-convulsive seizures that medication wasn’t able to cure. After an appointment with Maryland Hospital, Kelly underwent a procedure called a laser ablation surgery, where a doctor inserted a laser scope through the back of her head into her temporal lobe, searing the area that caused seizures. Now a freshman at Shawnee, she plays volleyball.

Nick Pawylzyn Jr.
Pawylzyn, a senior at Burlington County Institute of Technology, was recently named the youngest member of the Burlington County Board of Education. With 21 write-ins, Pawylzyn won the seat by just one vote, gaining him the prestigious position at 18 years old. In his new role, he plans on sitting in on classes to learn about ways he can improve the inside of the classroom.

Do you know a local person who is doing great things?
Let us know by emailing Sydney@SouthJersey.com