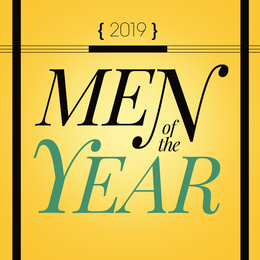 Men of the Year 2019
These 11 model citizens find purpose in lifting others up and ask for nothing in return.