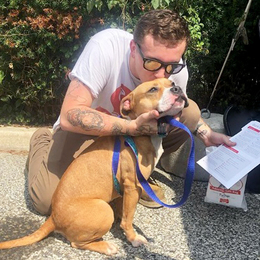 
by South Jersey Magazine
153  Number of adoptions achieved at the Homeward Bound Pet Adoption Center in Blackwood during the Clear the Shelter event. This is its fifth year participating in the event and the most adoptions ever reached.

$280,000 Amount spent to build a new 4,100-square-foot playground over the summer featuring monkey bars, slides and a soft, bouncy landing surface in the back of Tatem Elementary School in Haddonfield.

29 Number of cobs grown in a Deptford family’s backyard after a squirrel buried a piece of corn, setting the Guinness World Record for most cobs grown on a single cornstalk.

$8.2 million Amount that four Wendy's locations in Voorhees, Berlin, Haddon Township and Edgewater Park sold for. Each location was purchased by a different buyer from across the country.

$2.1 Million Total amount scammed from 30 different victims in a dating scheme started by a South Jersey resident in 2016 where he would start a relationship and then ask for money to be wired over to him.

$10,000 Amount granted to Vivan Lu, a senior at Cherry Hill East High School, by the Comcast Founders Scholarship for being top student at her school. Lu was one of 32 students who were awarded scholarship money.