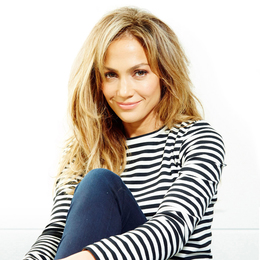 The Payoff
A star in both Hollywood and the music industry, Jennifer Lopez is reaping the benefits of years of hard work and an unwavering determination to succeed.


by Evan Jameson
Jennifer Lopez is much more determined and ambitious than anyone could possibly imagine. Though her public image is that of the poor Bronx beauty who became a mega-selling pop star and movie star, deep down she’s a highly motivated woman equipped with a keen business sense. That is obvious with her new film Hustlers, a movie she helped usher to the screen with a female-centered cast and a female director, Lorene Scafaria.
Lopez is not only the star but one of the producers of Hustlers, in which a group of savvy former strip club employees band together to turn the tables on their former Wall Street clients. With the film—which is generating Oscar buzz—she has shown herself to be as slick and dynamic behind the camera as she is in front of it.
The 50-year-old Lopez lives in Los Angeles with her two children, 11-year-old twins Emme and Max from her former marriage to singer Marc Anthony. J.Lo, as she’s affectionately known, is now engaged to former baseball superstar Alex Rodriguez.
While J.Lo polarizes opinion, what has become apparent as the years have gone by is this is someone with much more humility than she is given credit for. She is a devoted mom, passionate creative force and workaholic, and combining the three has made her, in her own words, the happiest she has ever been.
Lopez recently performed in Philadelphia, as she brought her “It’s My Party” tour to a sold-out Wells Fargo Center in late July to kick off her 50th birthday celebration. A one-time Jersey Girl – she starred in the 2004 film that shot in Paulsboro- she spoke with South Jersey Magazine about her new movie, getting engaged again and how her self-confidence has grown as she’s gotten older.

You’ve spoken over the past year about feeling much stronger and having a renewed sense of direction in life. What have you learned about yourself that has brought about this change?
Oh my God, so many things. I continue to learn about myself and try to keep evolving as a woman and as a person and as a human being. But I think that the most important lesson I’ve learned is to love yourself first.

You’ve always stated that you have a fierce work ethic. Where do you get that drive and determination from?
My mother and grandmother have been great role models for me. My mom was the one who taught me that if your worked hard in life then you can achieve your dreams. My mom and dad both worked different jobs so we could have a better life and I really appreciated how they accepted their responsibilities and never complained. You learn that if you want to be successful at anything you’re going to have to work for it. No one is going to give it to you.