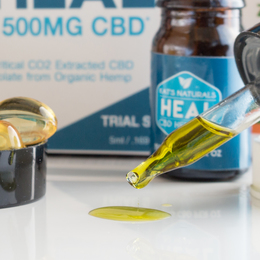 Entering the Mainstream
CBD products are poised to be the next big thing as more people seek natural alternatives to opioid medications, but are they safe and do they work?

What do you think — IS CBD THE REAL DEAL OR JUST A BUNCH OF HYPE?

We want to hear from you. Email your feedback to Editor@SouthJersey.com or visit us on Facebook.