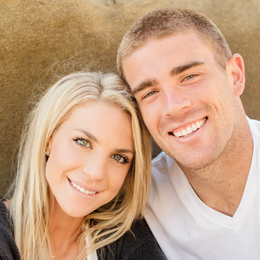 A Winning Pair
Strong faith and tremendous support for each other have enabled Zach and Julie Ertz to become the power couple weâve all grown to love.

Rob Maaddi has covered Philadelphia sports for the Associated Press since 2000. He is an on-air personality at 97.5 The Fanatic and hosts the Faith on the Field show, a syndicated, Christian-based sports talk program. He has also written and co-written eight books.