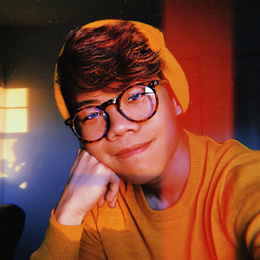 
by South Jersey Magazine
OliviaRose Arculeo
Arculeo is a junior at Eastern Regional High School who has been playing golf on the boys team since her freshman year. Since then, she has inquired about the school creating a girls team because of the amount of younger girls who are interested in playing golf. Arculeo met with the Board of Education multiple times, and Eastern has approved the girls golf team to begin next school year due to her persistence.
Elizabeth Bealer
The Rowan University biomedical engineering major received the Goldwater Award from the Barry Goldwater Scholarship  & Excellence in Education Foundation— an award considered the most prestigious in the nation for undergraduates in natural science, math and engineering. Bealer stands out academically and is an experienced researcher while being an active volunteer and student worker.
Frederic Chen
Three years ago Chen started a YouTube channel and since then has gained 248,000 subscribers with some videos reaching more than 800,000 views. The Moorestown native creates comedy/lifestyle vlogs that focus on certain aspects of his life. His goal is to give individuals his age and younger a role model to look up to when they feel they don’t fit in or are going through similar life experiences.
Robin Bilazarian
Mount Laurel resident Bilazarian has been living her dream as a psychotherapist by training other psychotherapists in Emotional Freedom Techniques (EFT) across the country. Bilazarian received the Spreading the Word Award for her outstanding efforts in garnering credibility and respect for EFT after training thousands of doctors between 2018 and now. She has also volunteered as an emotional aide for the Everytown for Gun Safety Survivor’s Conference in Philadelphia.
Nikita Shukla
After graduating Cherry Hill East High School in 2013, Shukla attended Tufts University and was recently selected to represent the United States and Young Professionals  in Foreign Policy as the head delegate for the U.S. delegation. While she currently works as an analytics associate at the Clinton Health Access Initiative, Shukla previously was the youngest program manager at Amazon Alexa.
Deborah Wright
After taking a break from pageantry for a decade, Wright decided it was time to compete for the Mrs. New Jersey crown. She won the Mrs. Washington Township title and was the second runner- up for the Mrs. New Jersey title, but says her service work in the community is yet to be finished. She was chosen as Mrs. Atlantic Coast and will compete as Mrs. International, a pageant focused in community service.

Do you know a local person who is doing great things? Let us know by emailing Lauren@SouthJersey.com.