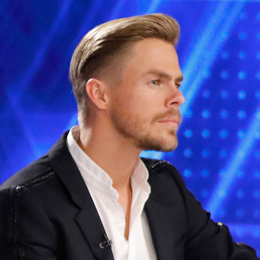 Quick on His Feet
Derek Hough dances his way into the area with a new tour and plenty of ambition.


by Peter Proko
The world may know Derek Hough as an amazing dancer with lightning quick moves, impeccable timing and a commanding stage presence, but for his latest tour he wanted to kick things up a notch by adding live music as part of the show. The combination of song and dance is a timeless one, and something he feels will deliver a real wow factor to the audience. But it still wasn’t quite enough, so he decided to bring Michael Bublé along. Well, not the actual singer; rather his songs as Hough will perform an array of hit music to complement his choreography skills.

For his first solo tour, this would seem pretty ambitious, but as Hough explains during a phone call while reviewing his last-minute preparations, this is “going to make for an epic live event.” The tour will make a stop on June 14 at The Metropolitan Opera House in Philadelphia.

Hough has long been one of the more recognizable faces of professional dance, helping to popularize it on primetime television where he won Dancing with the Stars a record six times. Currently, he is a judge along with Jennifer Lopez and R&B crooner Ne-Yo on NBC’s World of Dance, which just concluded its third season and will be returning for its fourth in 2020.

South Jersey Magazine spoke with Hough about the demanding challenges of the tour, his plans to release original music in the near future and found out why he never viewed his sister Julianne as competition until it was too late.