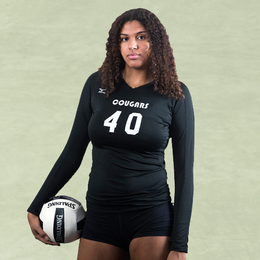 Game Breakers
These elite athletes are ready for big things this fall.

STAR WATCH
Girls Soccer
Amanda Attanasi, Washington Township, sophomore forward: After setting a school record wth 29 goals as a freshman, Attanasi is off to a strong start in her sophomore campaign.

Sara Beidleman, Bishop Eustace, senior forward: A Villanova recruit, Beidleman led the Crusaders in scoring last year as they shared the Non-Public A state championship.
Sara Brocious, Eastern, junior back: An all-state third-teamer and all-South Jersey first-teamer last year, Brocious anchors a defense that rarely allows goals.
Alexa Endres, Shawnee, junior midfielder: A playmaker who excels at setting her teammates up for goals, Endres and her twin sister Kiley are both major pieces of Shawnee’s offense.

Kara Heck, Eastern, junior forward: The leading scorer in the state in each of her first two seasons, Heck is once again finding the cage at a staggering pace for the Vikings.
Delaney Lawler, Moorestown, senior mid-fielder: An all-state first-team selection as a junior, Lawler makes an impact all over the field and has committed to Ohio State.
Megan Maynes, Haddonfield, senior goalie: A four-year starter who has committed to Georgetown, Maynes has helped the Bulldawgs win back-to-back state titles.
Julia Patrone, Camden Catholic, senior forward: Now in her second season at Camden Catholic after two at Washington Township, Patrone has been a proven scorer throughout her career.

MJ Schwab, Bishop Eustace, senior back: The centerpiece of the Crusaders’ defense, Schwab has been part of three straight sectional championship teams at Eustace.
Erica Solomen, Shawnee, senior forward: Solomen will look to lead the Renegades in scoring for the third year in a row before moving on to UConn.
Girls Tennis
Rebecca Ballier, Glassboro, senior: Ballier repeated as the Gloucester County champion earlier this season and is looking to make an impact in several other tournaments as well.

Pallavi Goculdas, Cherry Hill East, junior: Goculdas returns as the No. 1 singles player for one of the premier programs in the area.

Renna Mohsen-Breen, Moorestown Friends, junior: One of the most talented players in the state, Mohsen-Breen went 25-1 with her second straight Burlington County title as a sophomore.

Emma Regovich, Moorestown, junior: Regovich, a three-year starter, has moved into the No. 1 singles spot for the Quakers, who are once again shining.
Boys Cross Country
Kieran Burns, Kingsway, senior: Burns looks like a contender in the Group IV sectional and state meets after a terrific junior campaign.
Richie Castaneda, Camden Catholic, senior: The Non-Public South Jersey champion as a junior, Castaneda is primed for a strong finish to his career.

Jack Farmer, Moorestown, senior: After placing seventh in Burlington County last year, Farmer is certainly capable of bringing home the title this fall.
Derek Gess, Haddonfield, senior: Gess had his junior season cut short due to an illness, but should be back with a vengeance for one of the elite programs in the state.
Girls Cross Country
Lauren Krott, Kingsway, senior: With top-three finishes in the sectional, Tri-County Conference and Gloucester County meets last year, Krott set the bar high for her final season.

Kate Rathman, Cherokee, junior: Rathman rose to the front of the pack for Cherokee as a sophomore, taking fifth at sectionals and 10th at states.