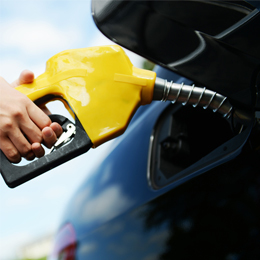 Haddonfield was ranked 39th out of the 50 safest towns to raise a child in America according to reports from SafeWise.com. The town safety scores were ranked by calculating several factors such as violent crimes, school quality and AMBER alerts.

The Moorestown community set up a Facebook page and has raised over $10,000 so far to help a family make a down payment on a house. The fundraiser began after the family got into a car accident and recently lost their home.

A child from Cherry Hill saved his family from a house fire by alerting them when he woke in the middle of the night to see smoke in his bedroom. The family was able to get out of the house safely.

South Jersey residents are paying more in gas this summer compared to last year, reaching almost $3 a gallon for regular fuel. The 61-cent increase from last summer’s pricing is the highest seen in four years.

A Camden woman who committed fraud by taking disaster benefits meant for Hurricane Sandy victims will serve one day in jail and pay back $52,390 to the government.

A Camden County horse sanctuary owner faced numerous charges including animal abuse by failing to provide necessary care to animals. The New Jersey SPCA is investigating conditions of the sanctuary and the treatment of horses and donkeys.