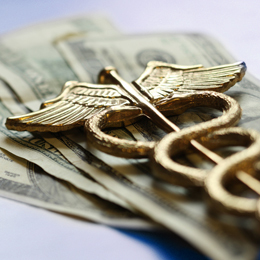 Added Insurance
In order to keep health care coverage costs down and the market stable, New Jersey has become the second state to enact an individual mandate, but what does it all mean?

Health insurance has been one of the most controversial topics in the country for quite some time, especially since the Affordable Care Act(ACA) started in 2010, and thanks to a recent law passed in New Jersey, it will remain a hotly contested issue.

At the end of May, Gov. Phil Murphy signed into law the Health Insurance Market Preservation Act. It preserves a part of the ACA President Donald Trump’s administration repealed last year and mandates that every individual in thestate must have health care after Dec. 31 or pay a fee at tax time (starting at $700 for adults and$350 for children), unless he or she receives a hardship exemption or if coverage is deemed unaffordable.

Senators Troy Singleton and Joseph Vitale— both Democrats—sponsored this legislature with the goal of bringing stability to the health insurance market.

“In a nutshell, this new health care mandate preserves the health care benefits under the Affordable Care Act by maintaining the viability of the individual mandate and establishing a reinsurance fund, which will help stabilize the marketplace,” Singleton says. “Simply put, it will make health care more affordable and accessible for New Jerseyans. Under the Affordable Care Act, more than 800,000 New Jersey residents were able to obtain health insurance. As a result, uninsured rates dropped from approximately 13 percent to 8.7 percent. This is progress that needs to continue.”

New Jersey became the second state to enact a mandate, following Massachusetts’ lead, which first enacted a mandate in 2006 and served as the example for the ACA’s federal provision. In 2016, Massachusetts had the lowest uninsured rate in the country, with 97 percent of residents carrying health insurance.

“It became evident that legislation would be necessary after President Trump’s tax law was adopted in December 2017, which included the repeal of the individual mandate,” Singleton says. “Without that mandate, experts predicted that the health care system would be dominated by sick or older policy holders, which would drive up costs. The consequences of that decision would mean higher health insurance costs and lower health coverage rates. We had to shield New Jersey from that negative impact.”

Singleton says insurance premiums are projected to rise by approximately $1,000—an astronomical cost and not viable for the majority of New Jersey residents.

“In my opinion, health care is a basic human right. It is a necessity, not a luxury,” Singleton says. “It should be accessible to everyone, especially those in need. But, when people are uninsured, they are less likely to receive timely medical care, which means the possibility of worse health outcomes, which oftentimes translates into higher costs for everyone.”

While the move has largely been supported, a collection of state Republican leaders remain leery of taxing uninsured residents. A study conducted by Rutgers University’s Center for State Health Policy in March cited two-thirds of residents thought the state should step in to preserve the ACA if the federal government would not, but only two in every five residents supported the idea of the tax penalty. In late July, the New Jersey Department of Banking and Insurance said that the state’s carriers would have requested a 12.6 percent rate increase in the individual market in 2019 had the mandate not been passed. Instead, their rate increase request is less than half at 5.8 percent.

Cathy Bennett, president and CEO of the New Jersey Hospital Association, says a mixture of individuals of all ages is crucial to keep premiums balanced, which is one reason why she feels this individual mandate is necessary for New Jersey residents.

“A healthy insurance market depends on a wide pool of insured individuals, from the young to elderly and from healthy to sick,” she says. “The medical costs of this combined pool of individuals in good health and those with health conditions helps insurers develop balanced premiums. Without an individual mandate, you could see a great imbalance with the so-called ‘young invincibles’ foregoing insurance. That’s not the right decision for their health.

“For example, a 2011 Commonwealth Fund report showed that more than half of young invincibles without coverage went without treatment for a medical problem, while only 19 percent of insured young invincibles chose not to seek care for a medical problem. The individual mandate will support this population’s access to care, while helping to control high premiums and an unsustainable insurance pool.”

Ward Sanders, president of the New Jersey Association of Health Plans, unequivocally agrees because all insurance works the same way and “relies on the idea that not everyone with that insurance will make a claim at the same time.”

“If everyone who had car insurance all had accidents at the same time, the auto insurers wouldn’t have enough money to pay all the claims. Health insurance works the same way and everyone who gets their coverage on the individual market is put together in the same risk pool,” he says. “The more people in the pool and the more who share in the cost of paying claims translates into a lower premium. If only people with significant health expenses buy individual insurance, then that large cost is divided by a small number of people and that means a very high premium. New Jersey faced that situation referred to as the death spiral in the early 1990s, and the market was on the verge of collapsing until state reforms and the ACA measures help to fix it.”

Ray Castro, director of Health Policy for New Jersey Policy Perspective, says the ACA has been successful in New Jersey and this new mandate is actually improving the ACA.

“The uninsured rate has reduced by a third in New Jersey, so I don’t think there’s any question the ACA has been extremely effective,” he says. “In some ways we’re going to improve the ACA because we’re maintaining the individual mandate.”

“The ACA has been successful in a number of ways and this mandate is an important step toward protecting those successes,” Sanders adds. “Medicaid expansion, delivered by managed care organizations, resulted in over 500,000 previously uninsured residents getting high-quality health coverage. That’s meant not just better health, but also greater personal financial stability. That is good for them and for society as a whole. Another 200,000 previously uninsured New Jerseyans were able to get coverage through the individual market, often at little to no cost because of the substantial federal subsidies available. It’s good for them and good for New Jersey. It is also good for the state’s hospitals and doctors who are now being paid to treat more people, which means lower charity care costs for the taxpayers.”

The Evolution of Health Care
Health care has certainly evolved over the past 10 years, and health insurers such as AmeriHealth are not just providing coverage—they are more involved with their members than previous years, trying to help them find the lowest out-of-pocket costs.

“Historically, health plans were designed to provide people with coverage—end of story,” Market President for AmeriHealth New Jersey Mike Munoz says. “Today, we are dedicated to making positive impacts on our members’ overall health and well-being and we are providing tools and resources that empower them to make informed decisions. For example, later this year we are launching an enhanced version of our cost care estimator tool, which will allow members to compare estimated out-of-pocket costs across different providers based on claims data and their benefit plan, in addition to estimating the cost of prescription drugs.”

It’s not just health insurers; hospitals and health systems across the state and the country are providing an overall better patient experience.

“There is a sea change under way in health care today,” Bennett says. “The ACA may have hastened it, but it was coming even before the federal law. I think it will continue with health care stakeholders including hospitals and health systems continuing to embrace innovation and collaboration for better health. In years past, our health care system was one based on illness, with the hospital at the epicenter caring for sick patients in hospital beds. Today, we’re dedicating more of our energy and investments on keeping people well in their communities. That means a focus on healthy lifestyles, prevention and community-based care settings. Health insurance companies are critical partners in supporting that focus on good health, and we need a stable health insurance market to accomplish that for today’s health care consumers.”