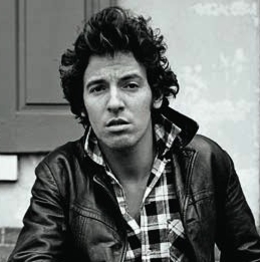 Symbolic of South Jersey
As South Jerseyans, we have a colossal amount of pride for the state we live inâand defining it to our lower half.

As South Jerseyans, we have a colossal amount of pride for the state we live in—and defining it to our lower half. We take credit for actors like Bruce Willis, Ali Larter and Cristin Milioti, and homegrown athletes like Mike Trout and Carli Lloyd. Thanks to their success, the South Jersey towns they were born and raised in have gained a bit of notoriety as well. But, our area has several other claims to fame that have helped us gain recognition across  the country, and in some cases, around the world.  The following places, objects, pieces of history and memories are some of the things that help not only define South Jersey, but tell part of its story.

JERSEY TOMATO
Scarlet red, ripe, tender and juicy, Jersey tomatoes are known for being the best in the nation. Lucky for us, beautiful farmlands across South Jersey afford us the best opportunity to taste summer’s most sought-after fruit.

CAMPBELL’S SOUP CAN
Headquartered in Camden, Campbell Soup Company  has easily put its South Jersey roots on the map across the U.S.— and the world— as the No. 1 maker of soups. At the sight of every Campbell’s Soup can we are reminded of the company’s history starting with the opening of Abraham Anderson’s Camden canning factory in 1860 and then in 1869 when produce merchant Joseph Campbell partnered with him. Having had a slew of different names prior, the Campbell Soup Company was officially incorporated in 1922 to   center around its most popular product.

LENA BLACKBURNE BASEBALL RUBBING MUD
Lena Blackburne, a third base coach for the Philadelphia Athletics in 1938, heard a complaint from an umpire about the quality of the American League’s baseballs. Prepped with a mixture of water and dirt from the playing field to remove the shine, the baseballs would end up dirty with a soft cover.  Taking matters into his own hands, when Blackburne returned to his home in Burlington County, he searched the mud along the Delaware River until finally finding some muck that gives off no odor and keeps the baseballs clean, while also removing the shine without softening the cover. To this day, Lena Blackburne Baseball Rubbing Mud is used by every MLB team and the exact location of the “magic mud” is unknown to the general public.

MISTER SOFTEE
Founded by brothers William and James Conway in 1956, Mister Softee originated in Philadelphia when the pair took out their first ice cream truck to West Philadelphia  neighborhoods and served greencolored  ice cream. Quickly outgrowing their headquarters in the city, they moved to their current location in Runnemede two years later. With over 600 trucks driving around 15 states, the infamous “Softee Fun Zone” jingle continues to  bring children—and parents alike— running down the street for a cold treat.

ICONIC BRUCE SPRINGSTEEN PHOTOS FROM SOUTH JERSEY
A few of the most famous photos ever taken of The Boss happen to have been taken in Haddonfield and Camden. Coming  to Haddonfield for a photo shoot with resident Frank Stefanko in 1978, Springsteen was  pictured leaning against his 1960 Corvette on Colonial Avenue— now the cover photo of his memoir, Born to Run. Photos taken inside and in the yard of Stefanko’s home on Colonial Avenue have graced musical covers including both  Darkness on the Edge of Town and The River.

JERSEY DEVIL
Perhaps the only folklore tale that South Jerseyans embrace above all others is that of the Jersey Devil. Known to frequent the Pine Barrens and terrorize its residents, the mythical creature with bat-like wings, talons, horns and even hooves, is said to be the product  of Mother Leeds—a descendant  of one of the state’s earliest settling families—who cursed  the birth of her 13th child to be a devil.

THE HADDONFIELD DINOSAUR
John Giannotti’s 8-foot sculpture in downtown Haddonfield of “Haddy”—as residents call it—was created in 2003 to commemorate the town’s own piece of history. In 1858, a nearly complete dinosaur  skeleton was excavated by a crew of local diggers led by Philadelphia Academy  of Natural Sciences’ William Parker Foulke. The skeleton was retrieved from a marl  pit on John Estaugh Hopkins’ farm.  Dr. Joseph Leidy, an anatomy professor and chairman of the Board of Curators of Philadelphia’s Academy of Natural Sciences, oversaw the removal, preservation and interpretation  of the fossilized remains. Leidy became the world’s first scientist to present  a paper on the anatomy of a dinosaur,  which he then named the Hadrosaurus Foulkii.

BATTLESHIP NEW JERSEY
Battleship New Jersey has acted as an educational museum and memorial to her serving sailors on the Camden waterfront  since October 2001. The USS New Jersey (BB-62), also referred to as “Big J” or “Black Dragon,” was actually the second U.S. Navy ship to be named after our state. An Iowa-class battleship, BB-62 has more combat stars (19) than the  other three Iowa-class ships combined and served as the only support of gunfire via battleship during the Vietnam War. She also served in WWII and the Korean War and was decommissioned in 1991 after serving as an active fleet for 21 years.

GLASSMAKING
Dating all the way back to 1739, glassmaking first began in  Alloway, Salem County when Caspar Wistar, a German immigrant, opened a window-  and bottle-making company; manufacturing was forbidden at the time. Forty years later, a man named Solomon Stranger purchased 200 acres of land and soon began glassmaking  as the company Glass Works in the Woods. Lasting 148 years in the glassmaking business, the town eventually became what we know today as Glassboro.

NIPPER
Perhaps the star of one of the  most famous trademarks in the recording industry, Nipper, a mixed terrier dog from Francis Barraud’s  painting “His Master’s Voice,” holds a special place in South Jersey’s heart— thanks to Eldridge R. Johnson. After buying the American rights to the painting in 1900, Johnson moved his family to Moorestown years later and began using it to advertise the Gramophone “Talking  Machine.” His manufacturing complex in Camden, “The Nipper Building,” eventually became the RCA Building 17  and led to all Victor records being brandished with the Nipper logo.

WALT WHITMAN HOUSE
A historic building sits at what is now 330 Dr. Martin Luther King Jr. Blvd. (formerly Mickle Street) and is the last residence  of famous American poet Walt Whitman. After his death in  the home in 1892, Whitman’s heirs sold the house to the city of Camden in 1921, belongings and all, and it was open to the public five years later. By 1947, the state took ownership of the house, listing it in the New Jersey DEP’s Historic Preservation Office and  the National Register of Historic Places. Whitman’s tomb is also located in Camden at the Harleigh Cemetery.

MISS AMERICA CROWN
The most sought after crown in the nation,  Miss America is a scholarship pageant held annually for U.S. women ages 17-24 and was created by Atlantic City businessmen in 1921. Calling the Boardwalk its home up until the 2005 pageant, The Miss America Organization then relocated the pageant to the Las Vegas Strip. But, in 2014 the pageant returned to A.C. once again and now takes place at Boardwalk Hall.

MONOPOLY
The game at the center of many of our family feuds, the Hasboro “fast-dealing property trading game,” Monopoly, was created by Philadelphian Charles Darrow. What’s more? The game board is based off of streets in Atlantic City. Feel free to pass Go, collect $200 and check your board to see the famous street names.

JUGHANDLES Possibly one of the most annoying traffic patterns to those born outside of the Gar- den State, jughandles have puzzled many motorists since they started showing up in the early ’60s. To further compound the issue, there  are three different types of jughandles as defined  by the New Jersey Department of Transportation. Out-of-towners, prepare   to be confused.

SALT WATER TAFFY The candy that keeps our dentists in business, salt water taffy originated in the 1880s along the Atlantic City Shore. The soft taffy was made popular by Joseph Fralinger who boxed it and starting selling it in A.C., while candy maker Enoch James was credited with mechanizing the pulling process and making the candy less sticky and easier to unwrap. Both James’ and Fralinger’s candy stores still have shops open on A.C.’s Boardwalk and both have been owned and operated by the Glaser family since 1947.

CHERRY HILL MALL
A major shopping destination for our area, the Cherry Hill Mall is known to be the first climate-controlled shopping center east of the Mississippi River having opened in 1961.

PINE VALLEY SCORECARD
Perhaps one of the most selective golf clubs in the world, Pine Valley Golf Club is a highly exclusive club. Male-only and membership only by invitation from their board of directors, hitting the green at Pine Valley is  a golf lover’s dream. The course has hosted the likes of George H.W. Bush, Sean Connery, Michael Jordan, Bing Crosby and Bob Hope to name a few. It is consistently ranked the No. 1 course in the world by several golf publications.

LATIN CASINO
A Philadelphia nightclub that opened in 1944, the Latin was known for its top entertainers like Frank Sinatra, Harry Belafonte, Sammy Davis Jr. and Jerry Lewis. Owners Stanley and Bea Carroll relocated the nightclub to Cherry Hill and gave it a new identity, the Latin Casino. The Vegas-style dinner theater was located on  Route 70 and could hold 1,500 guests. Known as one of the fanciest and coolest experiences, the onetime hub of the entertainment industry closed in 1978.

BEACH TAG
Our area is the only one of its kind in the U.S. to distribute beach tags as a system to restrict select summer beaches  to paying residents  and visitors. Many of us have had our run-ins with the patrol team checking for the tags, but our love affair for the Shore keeps us coming back year in and year out.

HOLLYBUSH MANSION
Home to the Summit of 1967, the Hollybush Mansion is where President Lyndon B. Johnson and Russian Premier Alexei Kosygin came together for a conference about the Cold War. Having celebrated the 50th anniversary this year, the Hollybush Summit signified the ability f or world leaders to speak candidly during a time when the world was in chaos. The Mansion is a historic site on Rowan University’s campus (known as Glassboro State at the time of the Summit).

DRIVE-INS
The drive-in was first patented in the U.S. in May 1933 in Camden after businessman  Richard M. Hollingshead, Jr. tested out an outdoor theater in the driveway of his Riverton home. A month later, Hollingshead opened a drive-in theatre on Admiral Wilson  Boulevard  in Pennsauken. Today, our state has only one operating drive-in theater, the Delsea Drive-In  Movie Theatre  in Vineland. Opening in 1949, before the peak of their popularity  in the 1950s and ’60s, the drive-in operated until  1987. It reopened in  2004 and is one of fewer than 350 drive-ins left in the country.

LUCY THE ELEPHANT
The man responsible for Lucy the Elephant’s  existence, James V. Lafferty Jr., was Philadelphia-born and had an idea to build this 65-foot-tall elephant on property he owned in what is now Margate. His idea? Use the landmark to attract visitors and property buyers. Lafferty enlisted  the help of architect William Free to design the structure, which came to life in 1881 and is now the country’s oldest roadside tourist attraction.