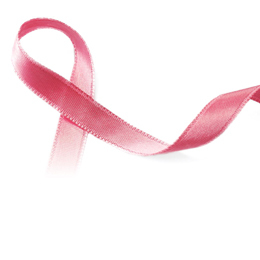 Aside from skin cancer, breast cancer is the most commonly diagnosed form of cancer in women. Approximately one in eight women will develop invasive breast cancer in their lifetime. Fortunately, routine screenings are leading to earlier detection and improved treatment options are bolstering hope. But women who have been through cancer often still have obstacles to overcome on the other side.

Finding breast cancer
Breast cancer tends to be caused by a combination of factors, says Suzanne Corson, executive director of Susan G. Komen Central and South Jersey. While some of these factors can be controlled through healthy living, others are out of our control such as age or family history.

That is why diligence is so important—both in self-examination as well as regular screenings. Though various reports that have come out may confuse women about when to go for screenings, Dr. Kathleen V. Greatrex, chief of the division of breast imaging with Lourdes Health System, says the recommendations have not changed. Women should be receiving yearly screening mammograms beginning at age 40 and every year after. If you have a family history—such as a mother or sister who had breast cancer—then you should begin screening 10 years earlier than the age at which that person got cancer, Greatrex explains.

“There is no screening study as good as a regular mammogram and it is not something that should be skipped,” Greatrex urges. “The technology continues to get better and better and we’re able to pick cancer up at earlier stages, when we can cure it. But it’s important that women are actually following through on going for the screenings. No other screening test has been more successful at dropping the death rate than mammography screening.”

And there’s no doubt that screening technology continues to improve. Nowadays, 3D mammography (or “tomosynthesis”) is providing a more advanced look, says Dr. Sherrill Little, co-director of women’s imaging at South Jersey Radiology. Little says that tomosynthesis can be particularly helpful in women who have dense breasts in which tumors were previously more challenging to detect.

Life after cancer
With more women surviving breast cancer, there are considerations to bear in mind on the “other side.” The battle for breast cancer survivors isn’t necessarily over just because they’ve beaten cancer. In fact, many women find they’re now dealing with new concerns.

“One of the biggest myths is that the battle is over once you’ve had that last treatment,” says Jean Sachs, CEO of Living Beyond Breast Cancer. “Women have their last chemo and everyone says, ‘Let’s celebrate!’ But sometimes that’s when they fall apart. Suddenly they’re disconnected from their treatment team that has been supporting them the whole way. Plus, a lot of women really gear up for the fight and put a lot of energy into the battle. When it’s over, the weight of it all can really hit them.”

But Sachs says it’s not just emotional burdens that strike when treatment is over. There are also physical issues that often need to be addressed. A lot of women have lingering fatigue or even a foggy feeling that’s been termed “chemo brain.” These effects don’t just go away immediately, Sachs says.

Some women are even dealing with secondary medical issues as a result of their cancer or their treatment, says Dr. Michael D. Stubblefield, medical director for cancer rehabilitation at Kessler Institute for Rehabilitation and national medical director for ReVital Cancer Rehabilitation. Even after cancer is cured, Stubblefield says women may be left with a variety of issues that need to be addressed including chemo-induced neuropathy, musculoskeletal pain, lymphoedema, chest wall pain and spasms, mild cognitive impairment and more.

“The problems go on and on,” admits Stubblefield. “Two-thirds of breast cancer patients have functional limitations after their treatment is completed. Those range from being annoying to being life altering.”

In addition to dealing with physical and emotional needs, some breast cancer survivors may also be considering post-mastectomy reconstruction, but feel overwhelmed by the thought of undergoing surgery again. Dr. Steven L. Davis, of Davis Cosmetic Plastic Surgery in Cherry Hill, says that like surgery in general, the trend in plastic surgery is all about finding the least invasive way to achieve the best results.

Davis says that silicone gel implants (which he says are sometimes referred to as “gummy bear implants” because they hold their shape) can give women as natural an appearance as possible for those who are looking for reconstruction surgery.

In general, people often don’t realize just how many issues breast cancer survivors can be left with following treatment. Everyone is so happy that the patient beat cancer but that doesn’t mean their journey is over.

“It’s all about learning to live with a new normal,” says Sachs. “I think most people assume their life will just go back to exactly the way it was but that’s rarely the case. Whether it’s mentally or physically, they often have a lot to handle.”