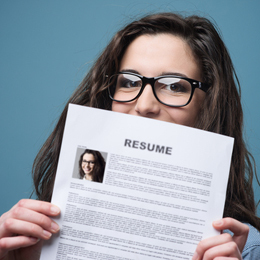 It’s said that if you love what you do, you’ll never work a day in your life. That’s especially important given that most people spend a third of their lives on the job. And while so many of us can relate to being stuck in a cubicle grinding out a 9 to 5 office gig, others in South Jersey have found much more interesting ways to make a living. Whether it’s the thrill of being a sports broadcaster or the specialized work of ethical computer hacking, we spoke with some of these local folks to get a glimpse into their unique careers.

Calling the Game
An avid sports fan as a kid, Scott Graham dreamed of the day he’d be the one in the broadcast booth. That dream came true in a very big way. A former Phillies broadcaster for more than a decade, Graham has been behind the mic calling everything from NFL games to the NCAA College World Series and most recently the NCAA Men’s Division I Basketball Tournament. His deep, rich baritone is also recognizable thanks to his work with NFL Films where he followed his predecessor and mentor, the late Harry Kalas. (Graham also did the voiceover work for the Emmy-winning documentary on Kalas called Bringing Harry Home.)

In addition to this coveted gig in the sports world, the Voorhees resident has his own broadcasting company Wipe Out Productions, and he’s spent the past six years narrating the Puppy Bowl for Animal Planet. Despite his impressive résumé, Graham touts one recent gig as one of the more memorable.

“The epitome was last year when Villanova won the national championship,” recalls Graham. “Turner Sports ran additional broadcasts for each of the teams as a hometown broadcast for people who are known to the fan base, openly rooting for the team on the broadcast. I was at the Final Four, my son, a Villanova senior, made the crazy car trip down with his friends to be a spectator, and I got to call the national semifinal game where ’Nova completely blew out Oklahoma and then the national championship game buzzer-beater [win over North Carolina].”

Despite the long hours—7:30 a.m. to 2 a.m. some days—Graham can’t imagine doing anything else. “The best part is having the ability to lose myself in what I’m doing and totally be into it,” he says. “When you get that moment when the microphone is open and you’re on the air, or you’re editing a piece, you’re fully present in what you’re doing. It’s been an interesting ride, kind of like whitewater rafting and you don’t know where the current is going to take you next.”

Ethical Hacking
Outsmarting the bad guys at their own game keeps life interesting for ethical hacker, aka white hat, Kai Pfiester, founder of Black Cipher Security in Cherry Hill. “I know how hackers think but I take that knowledge to help businesses protect themselves against people who are trying to harm an organization, steal money from them, or otherwise hurt them digitally,” he says.

Pfiester specializes in health care, legal and financial companies, and while his goal is to test the security of their systems before something goes wrong, too often companies wait until they’ve been hacked.

“People often use technology without considering the security ramifications,” he says, citing one particular client who takes credit cards and processes personal information. “I found that they use a wireless network with a weak encryption that takes about three minutes to break into from the parking lot.”

Printers are often the culprit in hacking, though people don’t necessarily consider them when securing their environment. “If it’s a big multi-function device, it usually has some kind of document retention storage capability and anyone on the network can gain access to anything that’s been scanned or copied and saved to that storage drive,” he says.

Pfiester offers advice to home computer users: beware of unsolicited emails, especially if they say you have a package that needs to be delivered from UPS or USPS. “Pay particular attention to anything that asks you to click on a link or open an attachment,” he says. “You think you have a package and click on the attachment but it leads to an infection in your computer.”

His work is about solving puzzles, Pfiester says. “When responding to an incident, I have to recreate what the attacker has done. I like the idea of how computers are susceptible to certain sneaky attacks—it really intrigues me.”

Smooth Operator
Ryan Smith just happened to be in the right place at the right time. Entering the Flyers Skate Zone one night about three years ago, he saw a help wanted ad for a Zamboni driver, the person who operates the machine that cleans the ice. A college student at Camden County College, the job fits perfectly around his class schedule, and as an avid hockey fan, he feels right at home.

Smith needed a couple weeks of training and a driver’s license, and from there, on-the-job training. The 10- minute process needs to be done about 10 times a day. The Zamboni has a blade underneath that scrapes off a thin layer of ice, expels water that washes the ice and leaves behind a layer of fresh ice-making water. It dries and looks brand new.

Usually, all goes smoothly. But when the machine gets stuck because it sucked up a puck or ran out of propane, Smith must scramble to get the machine off the ice so the skaters can get back on.

He hasn’t made that mistake again, though the job does have its ups and downs. Interacting with the Flyers has been nice—“they’re good guys,” he says. But the ice is cold, 20 to 24 degrees, and the hours can be tough; sometimes he works until 1 a.m.

Only about 10 percent of his job involves the Zamboni. The rest of the time he’s cleaning the lobby and snack bar, scraping gum and picking up litter. But it’s all worth it, he insists. “I enjoy my job,” he says. “If they could pay me six figures I’d drop out of school and do it forever.”

“We’ve had interesting unique things you wouldn’t normally find in a sausage but are trending right now, especially with millennials,” she says. While the cranberry was a hit, the pineapple was too acidic and didn’t take to the meat.

“We are constantly making different flavored bacon, different kinds of hot dogs and different holiday hams,” she says. “Who would have thought I’d be sitting here eating bacon. That’s most people’s dream job!”

When she isn’t tasting food, Colameco serves as vice president of marketing. No matter the hat she wears, she loves her job. “I get to eat mostly delicious food every day and I have the ability to look into the trends of what people are eating and what they care about when putting food into their bodies,” she says. “You can make an impact on the decisions you make by tasting, especially when you see something you tasted eight months ago end up on the shelf and see it in someone’s grocery cart. It’s a really cool feeling.”

On the (Crime) Scene
Cleaning the scene after a horrific crime never gets easier for Tom Duff, owner of MasterTech Environmental in Runnemede. Once the body has been taken away, he’s the guy who comes in to clean up the blood, body fluids and other mess left behind.

It all started in 2010 when his company was called to a scene to do water clean-up and mold remediation. “When we got there, we found the flood and the mold but we also found the homeowner who had been deceased and decomposed,” he recalls. Though he wasn’t qualified to handle that situation, he recognized a need for that type of work and got certified.

One of his toughest calls involved an 18-year-old. “Something as simple as his girlfriend had apparently broken up with him,” recalls Duff. “The kid was a football player with a lot to look forward to. He had a college scholarship but reacted very impulsively and put a 9mm gun in his mouth while he was in his work truck and blew a hole through the top of his head.”

Even tougher, he killed himself in his ex-girlfriend’s driveway. “That was one of the sadder stories we had to be part of,” Duff says.

His company is called three to five times a week for stabbings, gunshots, decompositions and blunt-force traumas. Clean-ups typically cost $5,000 to $10,000, paid for by either the homeowner or their insurance company.

“We have to compartmentalize so we can stay professional to get rid of the physical evidence and make the scene safe again for family members,” says Duff. “I don’t ever forget them. I kind of have them all stuck in my head.”

Clean the Screen
When popcorn, gum and soda find their way onto a movie screen, Michael Quaranto, owner of 1570 Cinema Services, comes to the rescue. For the largest IMAX screens, he must reach as high as 80 feet, standing on scaffolding using patented cleaning tools designed to keep the screen safe.

“We have a device that hangs over the front of the screen and moves up and down via an electric motor and removes all the surface contaminants,” says Quaranto. “If you would use an extension pole, any movement of the head up and down would damage the delicate silver painted screen that reflects 3-D images back. Even if you would place your hand on the screen, it leaves a permanent mark.”

Quaranto is used to high places. An ex-pilot, he started cleaning movie screens in 2004 on days when he wasn’t flying. But as demand grew, he quit his day job and now cleans screens all over the world, including Cherry Hill, Deptford and the Franklin Institute.

“Anything that can be found in a concession stand we’ve found on screens— nacho cheese, barbecue sauce, spit wads, chewing tobacco, alcohol,” says Quaranto, who cleans regular movie screens in high volume environments three to four times a year, and IMAX screens once every three or four years. It can take eight hours and must be done at night after the last movie ends. That’s often midnight or 1 a.m.

“The coolest part is showing up at theaters, especially with big IMAX screens internationally, where people are waiting to meet the IMAX screen cleaners,” he says with a laugh. “Typically, when we show up in a theater, say in the South Jersey area, they say the janitors are here.”