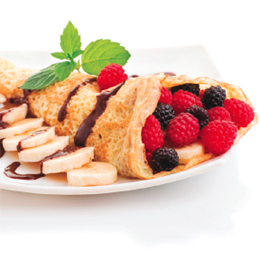 
by South Jersey Magazine-- Editorial Staff
The Boiling House in Cherry Hill has opened. Replacing the former Dream Cuisine CafÃ©, the restaurant serves up boiled shellfish in a variety of flavored broths alongside a menu of sides, burgers and noodle dishes.

Flying Fish Brewing Co. in Somerdale took home two medals at the annual Great American Beer Festival in Denver: a silver medal in the extra special bitter cat- egory for their Red Fish and bronze in the classic Eng- lish-style pale ale category for HopFish IPA. They were the only brewery in the state to medal in the competition, regarded as the largest beer competition in the country.

Haddon Township diner Crystal Lake has begun rehiring staff as they announced that they plan to reopen this winter. The restaurant closed its doors in June 2014 after a fire destroyed much of the building.

Le CafÃ© Creperieâwhich closed its Marlton location in Augustâ has relocated to Haddonfieldâs Kings Highway. This is the third move for the restaurant in the last two years.

Shake Shack has announced intentions to open its first South Jersey location in Marlton Commons, at the corner of Route 70 and Route 73. The new building will also house a space for the fast casual eatery Honeygrow.

Mediterranean CafÃ© in Haddonfield has closed.

New to Haddonfieldâs main drag is Two Fish, which opened on S. Haddon Avenue. The restaurant is run by Mike Stollenwork who has cooked in seafood restaurants across Philadelphia.

The former spot of District 611 and District Riverton Bistro in Riverton has re- opened as Alfieriâs Restaurant. The Italian restaurant is owned by the same family that owns local favorites Dredge Harbor Dockside CafÃ© in Delran and The Breakfast Nook in Riverton.