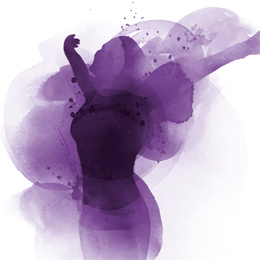 
by Erica Bauwens
As the holiday season creeps up, we are often reminded about those less fortunate around us. These folksâ wish list is much more modest, citing the need for even the most basic necessities.

That harsh reality came to light for Joanie Balderstone and Rebecca McIntire in 2009. The married couple was volunteering at a homeless day center in Camden, just miles away from their Cherry Hill home, donating business clothes so that people in the center could wear them to job interviews.

âA woman at the day center thanked our group for the clothes and then told us she didnât have a decent bra to wear underneath them,â says Balderstone. âShe wasnât the only one.â

The coupleâwho have known each other for 25 years and have made volunteerism an integral part of their relation- shipâpushed further and found that most women at the center were in desperate need of bras and feminine products.

âFor some reason itâs been a widely overlooked need and consequently these items are under-donated,â explains McIn- tire. âAs women, we couldnât stop thinking about what it would be like to have an inadequate bra or none at all. Moreover, we couldnât comprehend rationing out monthly supplies or worse, going without them.â

In that moment, the two set out to change that reality. They began outreach to collect donations for women in the area, launching their first event, Mardi Bra, in February 2010. âWe invited all the women we knew and each guest brought a new bra or a package of pads/tampons,â says Balderstone. âIt was a party with a purpose.â

That first outreach event netted bags of donations, including 80 brand new bras and thousands of feminine products, all of which were donated to organizations and centers in Camden. This new-found organization needed a name, and Balderstone was inspired by a conversation with a person she calls the âwisest and most philanthropic woman I knew,â her mother Joan.

âI expressed that I knew these women were homeless, but I really wanted to give them a new bra,â says Balderstone. âWithout hesitation, my mom smiled and said, âJoanie, just because these women are in need, doesnât mean they donât deserve the dignity of a new bra.ââ

From there, Distributing Dignity was born. The grassroots campaign pushed forward over the next year. When Joan passed away in January 2012, Balderstone and McIntire knew their annual Mardi Bra would have to be cancelled, but they also knew that Joan would never want to see women go without. So the couple began a Facebook campaign, which spread across the Web with donations, checks and packages from all over.

That campaign helped the nonprofit officially form in 2013. In its first two years, Distributing Dignity managed to help 3,600 women in 47 organizations across nine different states, with the Camden area remaining their heaviest presence. And people all over the area are eager and ready to help.

âWe exist because of that [community] support,â says Balderstone. âMost of our donations are from individuals. We didnât know about this need before 2009 and people new to our outreach are the same way. Weâre very grateful to all of our supporters for under- standing just how important these items are to women and for giving us the privilege of distributing them.â

Donations come from all ages and genders, including middle school students, senior citizens and women who understand and sympathize with fellow women on a personal level. âI think the nature of what we distribute lends itself to women having a direct under- standing of its importance and impact. Most women have that one story when they were unprepared and so this resonates with them,â explains McIntire. âThat being said, I donât hesitate to talk with men about what we do and the overall response has been one of support and compassion. We have some amazing men who volunteer for us and who donât hesitate to garner support for us.â

McIntire and Balderstone continue to host annual âUp-Lifting Eventsâ and have begun inviting people across the country to host their own private events for friends, teams and social groups to collect in their communities. They also take monetary donations and have an Amazon Wish List constantly available for volunteers looking to con- tribute electronically. And South Jersey businesses and institutions have embraced Distributing Dignityâs cause with drop boxes, located across the area and marked on the Distributing Dignity website.

The coupleâs next goal is to reach a national audience, reaching women in need in all 50 states with the help and support of others who care as much as they do. âWe are a grassroots, all-volunteer organization and we have accomplished a great deal in a short amount of time,â says Balderstone. âI know that once we are in a place to do this full-time, our growth and outreach will be explosive.â